The American Association of University Professors has noted a trend in salaries for medical school faculty.   Officials appear to be embracing a model where the salaries they set for faculty are not the salary medical schools are obligated to pay.  Instead, medical schools now appear to treat salary determinations more like fundraising goals--with the onus on faculty to find their salaries elsewhere, usually through grants that bring in not just faculty salaries but "overhead" payments to universities. 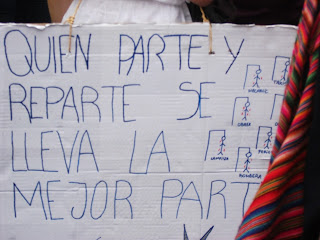 The New Eugenics--The Private Sector, the University, and Corporate Health and Wellness Initiatives

At least since the Enlightenment, people charged with the management of others, and especially those charged with the operation of states and large economic enterprises, have sought to apply the principles of animal husbandry to the perfection of the human herd from which they extract productive work, or using the more traditional if feudal terminology, compulsory service, in return for a wage (if to employer) or the varied benefits of citizenship (if to the state). 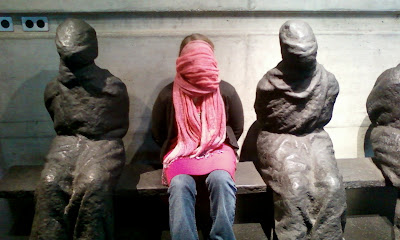 
A more scientific set of efforts to improve the human condition was organized by public and private elements in the most civilized states of the time, including the United States. The science was crucial, of course, to the legitimacy of the policy decisions extracted therefrom. The idea was to help create a better, healthier and improved human, more fit for the occupations to which he or she appeared to be intended in emerging 20th century industrial society, one in which these individuals were also expected to have a modest role in political governance. Emblematic were three International Eugenics Conferences were organized and took place in Europe and the United States in 1912, 1921 and 1932. To further these scientific pronouncements, so indisputable at the time, it was only necessary for the captains of industry and the leaders of state to turn science into policy for the aggregate welfare of the state and the industries that enriched it and those fortunate enough to work within these forward looking industrial and social complexes.

MOOCs have been understood as the creature of academics and the institutions they serve.  Universities, along with their business partners, or when joint ventures of universities are created to develop and profit from this form, appear to have a lock on the form.  That is useful, especially where MOOCs are viewed as a revenue generating and labor leveraging device. 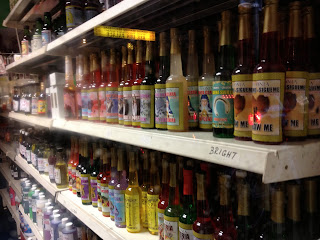 Two interesting developments may change the planning horizons of American universities in the  MOOCs market.  Both may represent potentially substantial market competitors to universities.  Yet at least of them offers the possibility of reaching market's for learners beyond those that universities may view as potentially available for revenue harvesting. One shows how international organizations may be turning to MOOCs in their capacity building and knowledge dissemination objectives.  The second suggests that MOOCs (and revenue competition ) may be going global.

Law Schools Begin Preparing to Cut Tenure Track Faculty--A Harbinger of Things to Come to the Rest of the Academy?

In many ways, law schools appear to be at the leading edge of changes in the academy.  This is especially the case today when there is widespread fear of contraction in the pool of available tuition paying students to feed the academic machine. 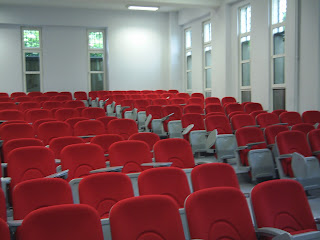 What makes law schools most interesting is that they might be pioneering new ways to meet the feared economic crisis affecting higher education.  Victor Fleischer is a professor of law at the University of San Diego, where he teaches classes on corporate tax, tax policy, and venture capital and serves as the director of research for the Graduate Tax Program. His research focuses on how tax affects the structuring of venture capital, private equity, and corporate transactions.  He has recently written on one law school response to impending fiscal stress--eliminate tenure track slots--"The Unseen Costs of Cutting Law School Faculty," New York Times, July 9, 2013,  portions of which appear below.  This is worth reading if only as a reminder of the importance of tenure  administrators are seeking to convince faculty that tenure is either unimportant or unnecessary.

"Pigs Get Fat; Hogs Get Slaughtered"--On Strategies for Getting Money Out of MOOCs

The idiom, "Pigs get fat, hogs get slaughtered"  reminds us that being too greedy can ruin even the best laid plans or ambitions.  And so it appears to be the case with university administration and MOOCs. 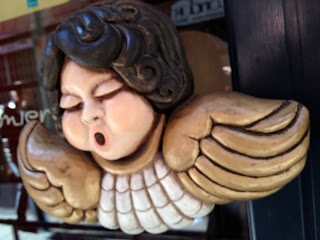 Like children with little sense of control--and no accountability to anyone with the sense to remind officials with far too much unconstrained power of the dangers of obsessive behavior translated into policies affecting the university, University administrations have been falling all over themselves to squeeze money out of MOOCs.  This post considers some of the ways in which universities may slaughter MOOCs and one example of the way in which administrators will change the landscape of MOOC development that will impede rather than facilitate its development as the price of a short term search for money. A pity but when the finance side of the house grows far too influential, academic quality assumes an entirely different character.

"The Tweeting Professor": A Parable About the Price of Speech Made in the Service of Others

Parables are short tales that help reinforce cultural norms and expectations, and in the process may reveal deeper truths about the characters, the storyteller and the framework within which both story teller and hearer are expected to relate to the materials.  In traditional societies they can serve as powerful teaching tools, which along with rituals and elaborate rules producing a mimicry of established action reinforce and direct cultural sensibilities and produce the basis for understanding and protecting right conduct, thought and action. There is a rich scholarship in parable, especially as relates to Abrahamic religions. (e.g., Gowler, David B., What They are Saying About Parables? (New York: Paulist Press, 2000). 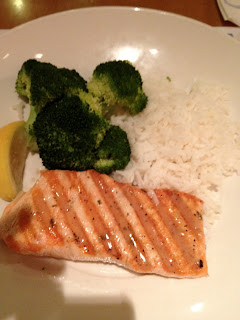 Parables are sometimes most powerful when they can be fashioned from out of current events that directly relate to or are drawn from the audience to whom they are directed.   And so it is with academics and academic culture in a world that values speech but which may extract a price for its use when it might be deemed owned by another, in this case the university specifically and the academic community whose legitimacy may be affected.  But it is also a parable that suggests that the highest price of speech is paid by those who choose badly (within current cultural constraints) when they seek to avoid payment.