The Transfiguration of University Faculty Senates in the Shadow of Pandemic 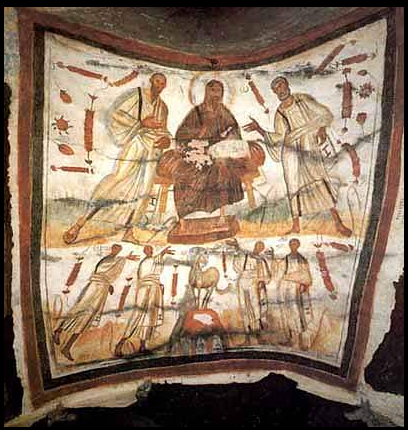 Pix: Catacomb of Saints Marcellinus and Peter on the Via Labicana.

University Faculty Senates in the United States continue to struggle to define their role within universities that increasingly function like large public administrative agencies. This emerging "university new era" governance framework is grounded in the professionalization of an administrator class and the de-professionalization of faculty. That shift has had profound effects both on the governance of the university as an institution, and on the way in which the role of faculty is understood as workers on sometimes enormous (and in some cases enormously wealthy) learning latifundia (some might suggest modern and more benign forms of knowledge encomienda).

Where once faculty were more centered within the governance of the university (and certainly within its colleges and departments), now de-profesisonalized, they are run like administrative agencies by bevies of (former) faculty eager to rise within the administrative state that the university has become. University administrations have become engorged with assistant, associate and special case deans; they have become the sum of departments that now manage virtually every aspect of academic life (1) as an aid to, (2) for the convenience of, and (3) because of the need for specialized administrative skills and attention in connection with, the processing of students through degree programs and the management of faculty. The later, no longer capable of self management because we have now come to believe they lack the skills. . . and certainly the time given their teaching and research obligations in frenetic competition in peer prestige markets on which their internal and external status depends), become objects of management.

And yet, like the institutions of Republican Rome after the establishment of the the Principate (and then the Dominate after the crisis of the 3rd century AD), the university's ancient institutions of shared governance, and the muscle memory of the rituals of an earlier age remain long after their effectiveness has passed into oblivion. Like the Roman Senate during the Principate (after the victory of Augustus Ceasar) University Faculty Senates assumed a consultative and consensus producing role in the years after the start of this century.  Penn State provided a good example of this general evolution, one in which the institutions of the Senate were respected even as its authority was being evacuated in favor of better managed administrative led special committees in which the real business of "shared" (and well managed) governance was being undertaken.

But the COVID-19 pandemic may well have produced the crisis that may precipitate fairly rapid change along the trajectories described above.  That is, in the shadow of COVID-19 and its threat to the income and function of the university,  the pace and character of changes in the relationship between (de professionalized) faculty and (a rising corps of professional) administrators may move shared governance from the more benign forms of a Principate to those of a crisis entrenched and  much more bureaucratized and hierarchical Dominate.

These are the thoughts that came to mind as, along with other members of the Penn State University Community, I  received this message from the Chair of its University Faculty Senate:

The Faculty Senate remains deeply committed to representing our faculty and student body during these challenging times. Numerous questions and concerns were raised at our recent plenary meeting on September 15, 2020 that could not be fully addressed due to time constraints. Events have continued to evolve, and we would benefit from continued and open conversation with all members of our community. In that spirit, the meeting will begin with an extensive Forensic to support a conversation about how we can best continue to meet our shared mission of teaching, research, creative activity, service and outreach for the Commonwealth of Pennsylvania across our campuses.

The Senate will consider One Forensic Report entitled: The State of Penn State.

Members of the University community are welcome to attend this meeting.  Any member of the University community not a member of the Senate may request the privilege of the floor on any item of business already before the Senate.  Such a request must be made to the Chair, through the Executive Director, at least five calendar days before the meeting at which the individual wishes to speak. The Senate Agenda will be posted on the Senate website one week prior to each meeting and the Senate Record (minutes) will be posted approximately three weeks following each meeting.

The message, and the meeting to come, may well illustrate more the changing face of faculty involvement in governance, than it might produce any sort of consensus or action that will have real effect on the way n which the university is governed in this emerging era.  It expresses not just a concern, but also an attempt, to preserve what is left of faculty authority against its erosion in the face of the imperatives of the consequences of crisis that may go to the viability of the ancient institution in contemporary times. It suggests as well, the forms of the rear guard actions that may well characterize the forms of retreat from authority that ay characterize the next several years in the new era of the university and its workers.  The form of the university faculty senate will certainly remain with us for some time to time.  What one makes of it, though, remains an import and open question.
The Senate Forensic document along with the "University Faculty Senate Resolution on Return to Work" follow below. 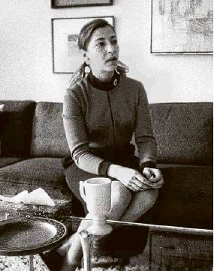 Ruth Bader Ginsburg touched many of our lives.  For some the connection was personal, for others as a consequence of her leadership in the academy and then as a judge and then justice.  Many have written about those connections. I was most touched by that written by my classmate and now dean of the University of Houston Law Center, Leonard M. Baynes.  Professor Ginsburg and Professor Kellis Parker, were and remain, as Dean Baynes notes, godsends for many of us. They remain so.

With his permission I have re-posted his beautiful tribute and remembrance.

COVID and the University from the American Association of University Professors

What’s New with Academe?
This month’s newsletter offers a preview of selected articles from our forthcoming fall issue on the COVID-19 crisis in higher education. Follow the links below or visit https://www.aaup.org/academe to read a new series of reflections on faculty life during the pandemic and other highlights from Academe and the Academe Blog.
Links to the articles follow below.
Read more »
Posted by Larry Catá Backer at Tuesday, September 15, 2020 No comments: