I continue to cover the wellness wars at Penn State.  What started as the fallout of a distressingly unfortunate roll out of a comprehensive set of changes to Penn State's benefits programs int he middle of the 2013 Summer has been transforming into a more interesting conversation about shared governance, and the social norms that can the ultimately unsatisfactory and dry formalism of administrative power into a functionally effective  relationship between administration and the institutional representatives of the faculty. 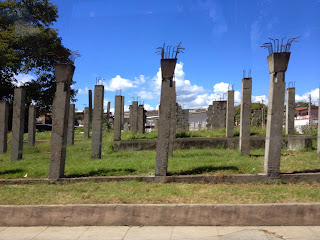 In my last post I laid out the current state of the conversation over the review of the Penn State benefits reforms packages at the heart of the dialogue between administration and faculty.  I noted the determination of the parties to exercise unrestrained but authorized power in place of a more prudential use of soft power had produced the possibility of contradiction in the obligations of the faculty chair, one which appeared to have been resolved in favor of what might appear to some to be a fundamental breach of duty to the institution represented. (e.g., The Wellness Wars, Presidential Authority, Faculty Chair Responsibility, and the Integrity of the Senate at Penn State, October 28, 2013).

This post includes the response of members of the Senate which I have given permission to include below.  What had started as little more than eminently manageable administrative missteps has appeared to have escalated, because of the strategic choices of the parties, into a more interesting and important conversation about transparency, engagement, the relationship between administration and faculty and the shape of shared governance going forward.  Much may be at stake in a battle lamentable because it could have been prevented or mitigated but for what in retrospect may be viewed as unfortunate strategic choices by key Senate and administrative actors. I suspect the story is not yet ended.

The Wellness Wars, Presidential Authority, Faculty Chair Responsibility, and the Integrity of the Senate at Penn State 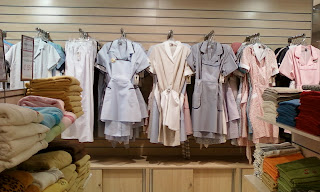 (Pix (c) Larry Catá Backer 2013)
I have been following the so-called wellness wars at Penn State.  (e.g., The Wellness Wars at Penn State--Is the Institutional Faculty Splintering?, Aug. 21, 2013) Emerging from out of what some officials have publicly admitted was a botched roll out in the middle of the summer  of 2013, Penn State's efforts to reduce the costs of providing medical benefits to its employees through the imposition of a new form eugenics program administered through a system of layered third party providers roused a substantial amount of faculty and staff resistance.  The negative reaction focused on a variety of aspects of the plan--from intrusive questionnaires, to the penalties for failures to comply with voluntary wellness objectives, some of which the university's own faculty experts suggested were of dubious value, to the insensitivity to gender based privacy issues. (In Preparation for the Special Senate Meeting: Useful Questions Keep Coming; Credible Answers Hopefully Will Follow,  Sept. 13, 2013)

The text of the resolution as ultimately adopted by the University Faculty Senate may be found HERE (Resolution Approved by Faculty Senate 9/24/13 Take Care of your Health Initiative). Paragraph 5 of the Resolution adopted provided for a "healthcare task force, appointed to revise the administration’s ‘Take Care of Your Health’ initiative should be organized as follows: a. A minimum of twelve members. b. 1/3 of the members appointed by the administration. c. 1/3 of the members elected by faculty senators from among members of the University Senate. d. 1/3 of the members, appointed jointly by the administration, the University Senate Council, and the Staff Advisory Council, to include health policy experts, legal experts and staff representatives." The President responded to the Senate resolution, accepting some of its points and rejecting the rest, and in particular the methodologies adopted by the Senate for the composition of the Joint Task Force.  (President Erickson's Response to the Resolution 10/21/13).  He chose to convene a task force to "further consider the issue surrounding future health care benefits."  He thought it useful to "tap faculty expertise"  and directed the Chair of the University Faculty Senate  to "identify six faculty or staff members who are knowledgeable about health care matters to serve on the  the task force."  The President indicated that he would chose the other six members of the task force.  The President, together with the University Faculty Chair would then identify a chair for this task force.
Read more »
Posted by Larry Catá Backer at Monday, October 28, 2013 No comments:

Outcome Measures, Transparency and the Failure of Universities to Cultivate Effective Service Missions

I have written about the way in which universities, including state and state-assisted universities with public and service missions, have been shifting their focus to education programs increasingly "made to market." (e.g., Made to Market Education and Professionalization in University Education). 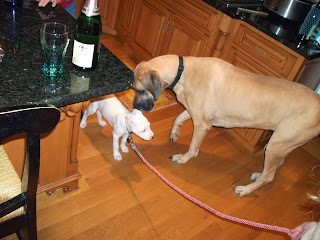 This shift has recently been the subject of an interesting essay, Zach Wenner, Selective Service, Washington Monthly (Nov/Dec 2013).

The Washington Monthly’s annual college guide (published in the September/October issue) pulls together the public data that does exist on colleges’ commitment to promoting public service—the percentage of their students in ROTC; the number of their graduates who join the Peace Corps. But what we’d ideally like to know is the number of a school’s graduates who go on to serve their country and communities more broadly. That way, citizens could better judge which schools actually deliver on their lofty rhetoric and which don’t. (Ibid).

This is an especially important issue for public assisted institutions like those of the Committee on Institutional  Cooperation (CIC), including Penn State University.

The problem, of course, is one of transparency.  When universities have a monopoly on their data--and on the methods through which these are organized and presented, it is quite hard to assess and monitor university operations and performance.  While this is a great problem for internal governance, it is equally important for assessment by important outside stakeholders (including donors, alumni and employers).

Bad News for Universities With Thin Skin--Harder to Protect Reputation From the Opinions of Others?

Universities, like other great economic, cultural and religious institutions set a certain value to their reputations.  They like individuals everywhere understand that reputation may have important effects in shaping their relationships with their stakeholders and other with whom they deal. 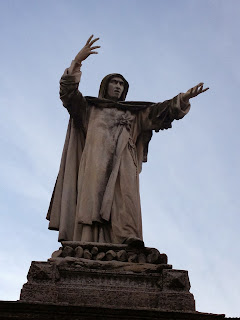 Some universities, like many businesses, have sought to become quite aggressive recently in the protection of their reputations--aggressive enough, at times it seems, to worry courts about the university's interference with the speech rights of others, and especially with the rights of others to develop opinions about the university that may vary from the line the university would prefer everyone adopt. This mania for control makes economic sense, but it does, at least at its limit, suggest a disrespect for the fundamental ordering principles of this Republic that universities, more than most institutions, ought to be especially careful to avoid.

This is a lesson that the Thomas M. Cooley Law School may be learning at the moment, which has not been able, as yet, to move forward a defamation lawsuit against law firms and bloggers critical of the school's description of its students' employment statistics. Martha Neil, Cooley Law defamation suit against law firm and bloggers critical of its job stats is nixed by judge, ABA Journal, Sept. 30. 2013. This post also includes a description of the press releases issued by the parties.  For all universities now heavily invested in such reporting, the case presents an important lesson in the problems of reporting statistics and the limits of reporting agencies to control the "spin" of its statistical disclosures.  But all of this may change when the appellate court visits these issues in the coming yesr. 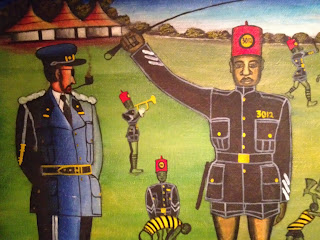 Intellectual property has become an increasingly contentious issue across the academy as universities struggle to extract as much value form its faculty as the law permits--and to change the law to permit greater exploitation to the extent that universities can assert the political power to do so. This movement represents a larger movement in which universities seek greater productivity gains from faculty resources.  In this case, universities are increasingly asserting ownership rights over faculty that may at its limit suggest that faculty are essentially property of the university -- and that such a property transaction is made legally palatable through the medium of the salaries and support paid therefor by the university.

It is in this context that the American Association of University Professors has released a draft report for comment: "Defending the Freedom to Innovate: Faculty Intellectual Property (IP) Rights After Stanford v. Roche." Particularly worth reading is Part III, pages 10-28 of the draft report.

In releasing this draft the subcommittee of the Association's Committee on Academic Freedom and Tenure issued a statement that follows below. The committee welcomes comments on the report from Association members and other interested parties. Comments should be addressed to anisenson@aaup.org.

(Stanley N. Katz)
A highlight of that event for me was the excellent key note address delivered by Stanley N. Katz, currently Lecturer with rank of Professor in Public and International Affairs; Director, Princeton University Center for Arts and Cultural Policy Studies-- “Thinking Internationally: Internationalizing the Undergraduate Curriculum.” The address ought to be required reading for anyone interested in internationalizing American education, and a reminder that gestures of internationalization, however tempting and useful for glossy brochures and administrative ambitions, is never a substitute for the hard work of internalizing the emerging cultures of education which, at their very best, are deeply international and perhaps global in scope, even as they remain local in function. Our very best intentions to avoid this inevitability can only do harm to the very best education we can deliver to our students, and to the sophistication and rigor of our own academic work.