Speech and the American University: Views from the AAUP in its Current Issue of Academe 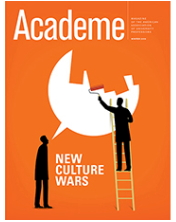 The American Association of University Professors has just published its latest issue of its Academe Magazine.  This month focuses on speech issues on campus.  The Press Release notes:

This issue of Academe addresses the questions of speech that have fueled the culture wars on college campuses in recent years. Articles discuss the assault on the public mission of higher education; the implications of a polarized political climate for faculty members, administrators, and students; and the parameters of current debates about academic freedom, free speech, and inclusion.

The articles are useful for understanding the state of discourse about discourse in the American Academy especially along its current ideological fault lines.


Follow the links in the table of contents below or read the entire issue at https://www.aaup.org/issue/winter-2019. 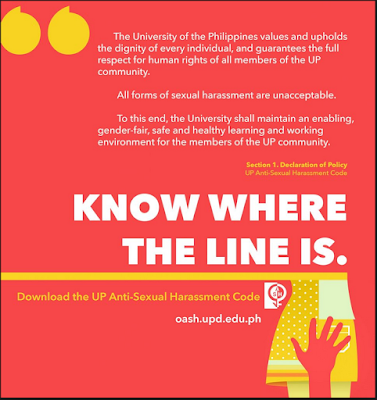 "What counts as safety and risk is not adequately defined. In a number of cases in which a faculty member’s speech are the grounds for the accusation, the university has, upon receiving the complaint, removed them from the classroom and the campus (e.g., Buchanan and Adler). In such cases, the only apparent threat is the one to the university’s reputation; there is no imminent danger to students or colleagues. When speech is the issue, we think there needs to be a clearer definition of what counts as an emergency." (Comment on the Department of Education Proposed Rule: Nondiscrimination on the Basis of Sex in Education Programs or Activities Receiving Federal Financial Assistance
34 CFR 106 Comment submitted by: AMERICAN ASSOCIATION OF UNIVERSITY PROFESSORS, January 28, 2019, p. 14)

Mostly out of the glare of social media, a great contest has been playing out over the law and politics of managing relations of individuals generally around the increasingly indeterminate cultural idea of "sex" in North America.  I have been posting about one of the battlegrounds--the fight within legal elites in the American Law Institute for control of the narrative (and the framework of legal responsibility) of sexual assault and related criminal acts (e.g., The Battle Over the Legal Construction of Sexual Assault -- A Report From the Battle Lines at the American Law Institute's Model Penal Code Revision Project).

But another battleground merits serious attention--the university.  This battle is waged for control of the socialization of students (and the stakeholders who serve them).  It's language is that of law (actually administrative regulation and the exercise of administrative discretion in creating the "atmosphere within which interpretive exercises will be judged legitimate--by courts and the university administrators who are expected to apply them). That conflict now has a long and quite contentious history, the last phase of which was started with the Obama Administration's no (in)famous Dear Colleagues letter (critically assessed here), and the reaction, now the site of contention, as the successors to Mr. Obama's administrative apparatus seek to re-frame law and its politics through to proposed amended regulations implementing Title IX of the Education Amendments of 1972.

This post includes the recently circulated comments of the American Association of University Professors to those changes.  It is largely an opportunity for the AAUP to push its own view published in 2016 (The History, Uses, and Abuses of Title IX), which appears to take something of a broadly understood middle position between those of the Obama and Trump Administrations, but also sees in the regulation an opportunity to legalize politics, and especially the politics of what is taught in the university. But even in this middle ground there is a large space for contention--the AAUP's stance on exemptions for religious schools, and its efforts to use liability standards as a means of socialization are two of them. Moreover, the concept of hostile environment is now one ripe for interrogation, but not, it seems, among the critical stakeholders driving this debate and the regulations that follow.