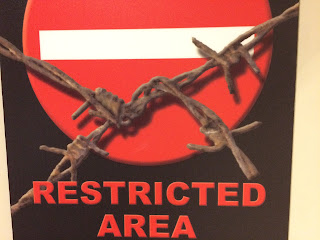 
I have been suggesting that shared governance in the modern American university is failing. That failure is a function of fundamental changes in social expectations of universities, in the effect of the changes in the composition of university faculties (introducing a class element to labor structures), in the reactionary response of faculties unreasonably holding on to past ideals now effectively abandoned, and to university administrators eager to reject the classical model of collaborative governance in favor of the (more efficient) hierarchical corporate model of diffused governance in which accountability becomes easier to avoid.

These changes appear to move the university to the adoption of 20th century corporate factory models of administration and operation.    And the consequence of the adoption of that form will have an inevitable consequence for labor--the move toward unionization of a "deprofessionalized" cadres of knowledge workers seeking to protect their interests against exploitation by the operators of learning factories.  These effects are now quite visible among the most elite American universities.  The contingent and fixed term faculty at the University of Chicago have now begun a process that might lead to the unionization of their ranks (Maudlyne Ihejirika, University of Chicago's nontenured faculty file to unionize, Chicago Sun-Times, Oct. 29, 2015) (portions reproduced below).

This post considers the inevitable move toward unionization and suggests that it may point to a radical change in the nature of the university and its abandonment of a collaborative for an adversarial model of governance. It suggests the way these changes may point to the need to restructure the operations and objectives of faculty governance institutions  in this new administrative and operational climate. 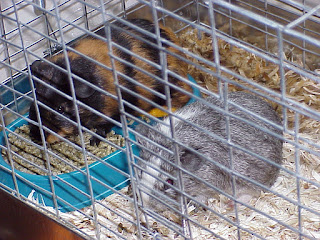 I have devoted a lot of space on this essay site to the issue of benefits, especially at public universities in the United States (see eg here, here, here, here and here).  Beyond its obvious relevance for the operation of the modern public university, the focus on benefits has another and perhaps more important aspect:  benefits policies are a doorway to understanding the core managerial approaches of senior university administrators across the United States.  This class of university servant--now much more aligned with their own professional class interests across universities (eg provosts tend to align with other provosts with whom they share much more in common than with those upstream or downstream the emerging chains of university command)--tends to set the parameters within which all discussion of all aspects of the university are now constrained.  The recent efforts at Penn State (On the Practice of Town Hall Meetings in Shared Governance--Populist Technocracy and Engagement at Penn State) suggest the normative parameters of this significant shift in the locus of authority to determine the basis on which the university sees itself and structures its approach to identifying and meeting its mission.  (See also here).

To set the first principles of an issue, then, is both to shape the discourse (the way it is discussed) and the constraints (the structures within which that discourse is viewed as legitimate). This essay suggests the way that public universities now set these first principles for approaching the "issue" and "challenge" of benefits (notice how even here I have been able to shape the discourse by starting from the premise that benefits presents an "issue" that poses "challenges"). I will suggest that, in the hands of senior university officials, increasingly remote from and indifferent to any need to empathize with, their faculty and staff rank-and-file, benefits has ceased to be understood as a positive for the university and instead is almost invariably clothed in the language of burden or through the imagery of instrument to more directly shape the workforce they "own" into something that will profit them better.