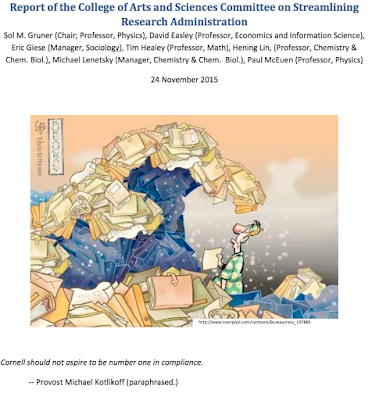 (Cornell University, Report of the College of Arts and Sciences Committee on Streamlining Research Administration, 2015)

Existing and new policies run the risk of a hidden cost – increasing the time required by faculty and/or staff for compliance. While this cost may be justified by the risk or benefit underlying the policy, the gradual accretion of these small burdens decreases the productivity of both faculty and staff and that makes it more difficult to pursue the academic mission. Moreover, without examining the time required for compliance, it is impossible to fully understand the cost-benefit of any existing or new policy. (Cornell, Stay Informed)

This is how Cornell University, through the efforts of its faculty and the cooperation of its administrators, has sought to frame the issue of bureaucratic creep that has marked at least one aspect of the transformation of post secondary education as an industry in the 21st century. It is a reminder that administrative creep emerges because of the increasing task for risk management and transparency to outside constituencies and public regulators. It evidences an overlooked manifestation of administrative creep within the risk management university--the rise of responsibilities to feed the administrative machinery with data necessary to fuel the functioning of the administrative apparatus. (The Riskless University and the Bureaucratization of Knowledge: From "Indiana Jones" to Central Planning). At Cornell is is references as "Overzealous Risk Management, which paralyzes research function" (Report, 2015, p. 2).

Cornell has done more than document the way that the burden of a growing administration with an engorged portfolio has increasingly fallen to faculty.  There is a lesson here for many universities--and not just Research 1 institutions.  The most important lesson is one that touches on shared governance in risk management:

These faculty and staff stakeholders should not be called in as advisors in the development of the procedure. Rather, they need to be an integral part of the development process, with the power to prevent the procedure from being implemented until the group as a whole has come to consensus that the proposed procedure is both necessary and as efficient as possible. (Report, 2015, p. 8-9)

This post includes links to the relevant documents produced at and about the efforts to meet the challenge of shadow work at Cornell. 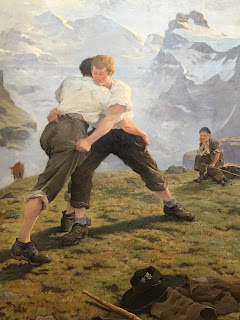 
Universities are well known as great centers of knowledge production and dissemination.  Faculty tend to be at the center of the production of both.  But like other industries, administrators have increasingly assumed a larger role in the management of exploitation of knowledge production and dissemination by and through faculty to the greater glory of the institution.  In the process there has been an increasingly large distance created between those who produce university wealth (faculty) and those who manage those productive forces and their product (the administrator) who produces no wealth.

Administrators produce a very different kind of knowledge than that produced by faculty. Administrators generate data from the productive work of others.  And that data is then used either to (1) increase the productivity of wealth producers (appropriating the entirety of such increases in wealth per productive unit to the institution and their greater glory) or (2) ensure the separation of the means of production of knowledge-wealth (faculty) from its control  (invested increasingly in an administrator class with no connection to knowledge production).

This relationship between information, its control and power over an institution suggests bath the emerging hierarchical character of the university and the way that appropriation of control is used to reduce the role of knowledge producers to share in the governance of the university and in the control of their own knowledge production and dissemination. But this emerging relationship, as troubling as it may be int he context of shared governance, faculty de-professionalization, and the administrative control of a university becomes a tragedy when the same pattern is used by the administrators of a faculty organization against its own members.

This post speaks to the issue, increasingly problematic of administrators of faculty organizations from access to the archives of their own institutions.
Read more »
Posted by Larry Catá Backer at Wednesday, December 14, 2016 No comments:

Reflections on Human Rights Day: The University, Its Human Rights Obligations, and the U.N. "Stand Up for Someone's Rights! Campaign 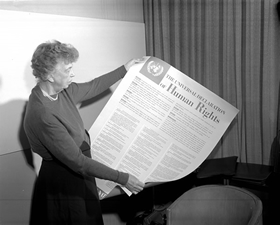 As has been the recent practice, for this year the United Nations adopted a specific theme and initiated a campaign: "Stand Up For Someone's Rights!" The Campaign is structured around the power of individual agency in protecting the human rights of others against individuals and institutions. The Campaign explains:

The time for this is now. “We the peoples” can take a stand for rights. And together, we can take a stand for more humanity. It starts with each of us. Step forward and defend the rights of a refugee or migrant, a person with disabilities, an LGBT person, a woman, a child, indigenous peoples, a minority group, or anyone else at risk of discrimination or violence. (Campaign website HERE).

My observations about the 2016 Human Rights Day observation in the context of this campaign can be accessed HERE.

While it is fairly common to think about human rights in terms of the normative rights embedded in and forming part of the autonomous human person, and perhaps also of the resulting obligations of institutional actors--states, enterprises, religious institutions, and others to protect them,  one rarely thinks of the university in this regard.  Yet universities, like other institutions, have duties and responsibilities to protect and respect human rights to the same extent as other institutions--and perhaps more so in cases where the university is itself an instrumentality of the state. To fail to embed human rights within university administration violates not just law but likely the ethical and corporate responsibility that many universities have loudly proclaimed for their own.

This post considers some of the consequences for universities of undertaking an appropriate level of responsibility for human rights in its operation.  I have little illusion that universities will actually pay attention to their responsibility; like other corporate entities, they tend to respond either to the lash of law or to the preferences of the stakeholders on which they are most dependent (students as consumers of its services; employers as consumers of its product (students); and alumni  as providers of resources to maintain reputation status).   It is perhaps to them, then, that this point is directed.