This is a workshop to discuss research-in-progress; papers must be unpublished at the time of presentation. In addition to presenting a paper at the conference, participants are expected to read and be prepared to comment on and discuss the papers of other participants.

Papers may be presented in English, Spanish or French. The deadline for submission of abstracts is 1 March 2019. If sufficient proposals are made, a panel in Portuguese will also be organized. The working language for common sessions will be English.

The call for papers (in pdf) is below in English, Spanish, French and Portuguese.

Posted by Larry Catá Backer at Friday, December 14, 2018 No comments: 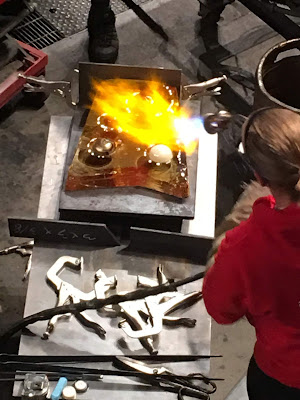 some brief thoughts on what is likely to be a very useful and evolving addition to the toolkit of administrators as they continue the hard task of commodifying and capitalizing education within what is still nostalgically referenced as "the university." The focus is not on the lawyering of protection for those faculty with respect to whom tenure has been made a mockery, though one clothed in the delightfully unctuous ululations of administrator speak. Rather the reflections here focus on the ways in which these actions evidence more generally a perhaps significant changes of power relations within an institution in which the notions of traditional shared governance has withered away.  The character of that withering away is itself of interest, as the successful de-professionalization of the faculty has opened the way for their replacement in governance by an emerging corps of professional administrators only some of whom are drawn from their ranks who (ironically) remain protected by tenure.

Like most scandals of its kind, the scandal appeared to have a very short half life.  It was just another marker on the road to the unwinding of the American university, and its re-constitution as a learning factory within which administrators could preside over a  large factory, not so much producing knowledge--as disseminating enough of it so that its objects might be successfully inserted in appropriate slots in the American wage labor markets. To that end, tenure is an impediment--a marker of a quite different and disappearing way of life that can no longer be justified within the emerging business model of the contemporary university.

That business model, in turn, is increasingly a function of quite straightforward quantitative markers. These were once proxies for quality; they have now become the incarnation of the quality they were meant to measure. These proxies now tell the tale of the contemporary university, not just in the measure of its production, but also in its dissemination of knowledge and in the "results" that dissemination produces for its consumers.  The value of knowledge dissemination is measured the momentary connection between the knowledge consumer and the objective for which consumption is undertaken--employment. Value is measured over time, with particular emphasis on the value of an initial insertion into wage labor markets.  Value itself is measurable in money; it is measured in the present value of anticipated earning, and in rates of return to the university--alumni donations, and the value of networks through which future students may be successfully inserted in wage labor markets, for example. The value of the quality of earning is also measured by proxy--through a detailed classifications of the status of the employment which itself serves as proxies for the value of dissemination programs.

The value of knowledge production is measured by dollars. It's impact is now understood as a species of "clickbait," the value of which is to enhance the clickable potential of that which follows, which relentless follows, with regard only to time. For if time is now money, then the efficient use of time is measured by the artifacts, by the measurable things, with which it may be filled--graduation rates, bar passage rates, employment rates, citation rates, production rates, grant award rates, invitation rates, mention rates, collaboration rates. Quality has become its proxy precisely because it is the proxy that is valued. And in this inversion emerges the new business model of the university.  The inevitable consequence will be a parade of variations on the theme so scandalously elaborated in Vermont.

Now the AAUP has announced that it will investigate this action at Vermont Law School. It is necessary in the way that rear guard action is necessary slow the speed of transformation. And to be sure, such transformation will affect those very few institutions designated as the nurseries of power. And the forms of production will remain vibrant, as the producers of knowledge--ever sensitive to incentive and market forces--will adjust the quality of their production to suit the times. That is as it should be; but to that end, the model grounded in tenure (and its protections) will become increasingly irrelevant, except at the margins. Still, long after it will have effectively ceased to serve much of a function, its mythology will continue to inspire those who will be recruited into the learning factories that are now emerging.  Fading institutions retain their form long after its substance has vanished.

The announcement follows.   We should all look forward to its results.