Thoughts on Lucía Marttínez Valdivia: "Professors Like Me Can't Stay Silent About this Extremist Movement on Campuses." 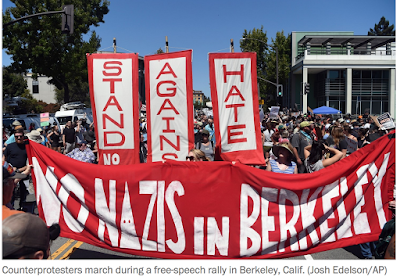 The culture wars (although better understood as political battles deploying culture as an instrument) that have brought the West to crisis, and imperiled the great Enlightenment project of liberal governance--and in the name of liberal governance or its successor stage--has been playing out with some ferocity on the campuses of Western universities. Perhaps it is just as well.  In the hands of students, ideas half absorbed and reconstituted to suit the times and objectives of the rising demographic cohort has been the staple of university education at least since the end of the Second World War.  It exploded famously in the 1960s among students, many of whom, are the targets of this next wave of student agitation.

There is nothing particularly odd, then, about student agitation. Perhaps, it is the best way the university can gauge whether anyone has been paying attention in class.  More importantly, it might provide a good marker about just what it is that students with the will and skills to agitate, are absorbing. Yet beyond the violence, whether in 1968 in European Universities, or during the 1960s and thereafter in the United States and elsewhere, which, if the state has the countervailing will, is always subject to criminal process, there is the always more insidious effects of such agitation on the fundamental ordering norms of society.

For those who view this as a good then, then the cultivation of violence and agitation can produce results, even if it requires the sacrifice of those students (and others) induced to serve as the shock troops of agitation. But individuals have always gladly served as the instruments of vanguard groups.  They are the collateral damage (and cause collateral damage among the "enemy") necessarily incurred to produce martyrs and the instability necessary to force the fundamental changes at the core of the vanguard's agenda. . . . unless of course societal forces can meet the threat and suppress it.  In the process the values protected might also suffer collaterally.

And that is the great pity.  For in the process it is the university itself that will be destabilized.  That institution is already subject to the profound transformational pressure of serving more directly as the conduit for wage labor markets which has been challenging and supplanting the old narratives of the university (see, e.g., here) from those in control of its institutions and its finances.  Now, it seems, that its stakeholder students have sought to pressure the university from the other end--enforcing an orthodoxy that is as deadening as the corporatization and deprofessionalization trends from the managers.

All of these people mean well--at least in their own minds  And each is fighting the good fight for a marvelous cause--at least as it appears to them.  But like Martin Luther faced with the unwillingness of the Jews to convert to Christianity in light of his reforms of the Christian faith (e.g., here), both these zealots (on either end of the destabilization and transformation agendas) have sought to enforce change among the unwilling and now seek to police their respective orthodoxies.  And oddly enough, student agitators and university managers appear to be each other's best allies against an autonomous and vigorous professional faculty.  That unspoken alliance--consisting of administrative acquiescence in agitation and aided by allies on the faculties--continues to erode the role of the faculty and reshape the university. In the face of that alliance, faculty, and those still committed to older notions of a free university, will find their cause much imperiled and unlikely to endure.

These are the thoughts that came to mind as I read Lucía Marttínez Valdivia: "Professors Like Me Can't Stay Silent About this Extremist Movement on Campuses," Washington Post 27 Oct. 2017. Her essay follows.

Flora Sapio: Reflections on "Internationalization and Engagement: How Foreign Students May be Reshaping What is Taught at Global Universities" 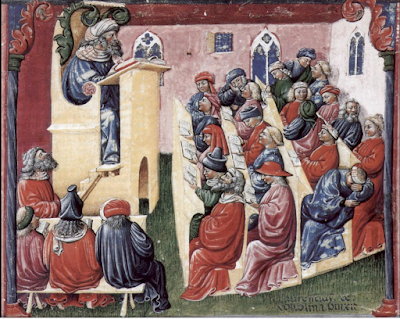 Most universities have yet to grapple with this issue of student participation and societal expectations respecting the way that "facts" are selected for presentation in an appropriate interpretive form. But Australian universities now appear at the forefront of the reshaping of the conversation about narrative. A series of recent clashes between foreign (mainly Chinese) students and Australian universities about the way that knowledge is produced and interpreted (for the student in a way that is insulting to China) suggests the emerging contours of international student engagement in what had been local contests over the ideology of narrative and the presentation of knowledge.

I posited the problem in terms of the university as a corporate actor within a competitive sector (knowledge dissemination).

More brutally put: if universities fail to provide students (and their parents) what they think they want to learn, and in the way they think they want to learn it, then the university will lose both market share and its reputational rank will be threatened as students (and their parents' money) go elsewhere. How is this equation affected where the students are foreign and the pressure comes from foreign states?

My colleague, Flora Sapio has produced a marvelous reflection on that post, which she kindly agreed to share here.  The Essay, On the Ideal Models of the University: Reflections on "Internationalization and Engagement: How Foreign Students May be Reshaping What is Taught at Global Universities" follows below.