Unionization Comes to the Learning Factory: The Trustees of Columbia University in the City of New York and Graduate Workers of Columbia– GWC, UAW. Case 02–RC–143012 (August 23, 2016) 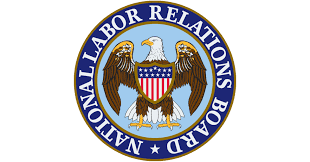 Once upon a time, the University was a well ordered enterprise for knowledge production and dissemination.  But it has fractured and been reconstituted along corporate lines as education has become a commodity and the university a factory for the production and deployment of revenue and influence. The two categories--faculty and students--have also fractured.  Faculty have been divided into distinct classes whose politics has substantially eroded both shared governance and the effective protection of academic freedom.   But students have fractured as well.  Where once students were the objects of knowledge dissemination, they are now broken into at least three categories.  The first are the traditional consumer of the university's educational commodity. The other two are deeply transformative.  The first are the student athlete--who provide a valuable source of revenue to the university as a corporate owner of talent exploited in markets for sports entertainment.  The second are student consumers who are also  employed in the knowledge production and dissemination business of the university--the research and teaching assistants who perform much of the lower status research and teaching at the university.  In this capacity they serve simultaneously as a consumer of product (leading to the award of a degree) and as a factor in the production of knowledge or of teaching revenue to the university.

It should come as no surprise, then, that as the university in transformed into a business, its productive forces would seek the protection of law to enhance their positions as employees or otherwise as holders of valuable commodities (teaching and knowledge) that are inputs in the production of university revenues. For students, protection against exploitation and bargaining for the protection of their interests have taken the form of efforts to unionize--efforts that have been vigorously resisted by the university (as they might by any other business enterprise).   In the efforts to unionize student athletes see here, here, here and here. Indeed, with the 2015 decision of the National Labor Relations Board dismissing efforts of student athletes to forma  union, the idea of the dual status of students within the university--as consumers and as labor--appeared to be rejected.

But the efforts of graduate and undergraduate students to unionize appears to have succeeded where the student athletes failed.  In August 2016, the "National Labor Relations Board issued a 3-1 decision in Columbia University that student assistants working at private colleges and universities are statutory employees covered by the National Labor Relations Act." (NLRB Press  Release). The NLRB holding on Columbia University was clear:

Thus, we hold today that student assistants who have a common-law employment relationship with their university are statutory employees under the Act. We will apply that standard to student assistants, including assistants engaged in research funded by external grants. Applying the new standard to the facts here, consistent with the Board’s established approach in representation cases, we conclude (1) that all of the petitioned-for student- assistant classifications consist of statutory employees; (2) that the petitioned-for bargaining unit (comprising graduate students, terminal Master’s degree students, and undergraduate students) is an appropriate unit; and (3) that none of the petitioned-for classifications consists of temporary employees who may not be included in the unit. Accordingly, we reverse the decision of the Regional Director and remand the proceedings to the Regional Director for further appropriate action.

The issues are far from a stable resolution.  Universities and their lobby will no doubt work the back rooms of legislatures, and the courts have yet to speak.  But it has become increasingly difficult for the university enterprise to run a business--athletic and knowledge based--without the obligation to recognize the character  and identity of its labor force. The fact that students might simultaneously serve in two capacities--as consumers of university products and as the labor used to produce that product--must be recognized and embraced. There are lessons as well here for faculty, especially as the university effectively dismantles shared governance and threatens academic freedom.

The Press Release issued by the National Labor Relations Board follows along with links to the decision and the documents of the parties.  The decision--The Trustees of Columbia University in the City of New York and Graduate Workers of Columbia– GWC, UAW. Case 02–RC–143012 (August 23, 2016) can be accessed HERE.

Central Planning and the University: What is So Bad About Administrative Management of Knowledge Production and Dissemination? 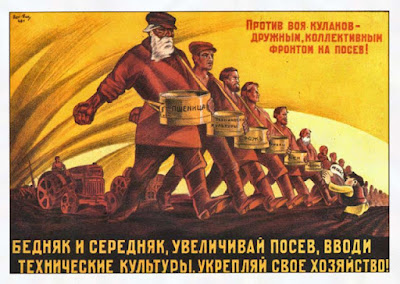 I have been studying the approaches of Marxist Leninist societies--businesses and governments--especially in the way in which institutions founded on Leninist principles with Marxist objectives relate to markets.  The traditional view of  such systems viewed markets with suspicion and sought to substitute an objectives based central planning apparatus--driven by a well trained and motivated bureaucracy--for the choice and efficiency structures of the market.  The idea was that better choices would be made and more efficient use of productive forces could be sustained.  But at its foundation was the Leninist notion that market driven choices were inherently ideologically tainted against which a bureaucracy of planners was necessary to avoid the errors of popular choice in the service of the construction (or preservation ) of a Marxist society.

That approach was transformed in the decades since the breakup of the old Soviet Union. Over the last 40 years two distinct approaches have arisen.  The more traditional Central Planning Marxist-Leninism continues to embrace at its core an anti-markets principle and the object of the state is to remake individuals to better suit the needs of central planning.  The other, Markets Marxism, increasingly embraces markets and markets based mechanisms as a means of social, economic and political progress compatible with the state's long term objectives.  In that case markets are the means used to achieve objects, as opposed to the traditional Marxism in which the objective was to avoid the market. (Discussed HERE).

Yet, one might ask, why would a site focused on university governance have any interest in Leninism and market ideologies? Because, it seems, universities in the West (and large western multinational enterprises) appear in the early 21st century to be the heirs and most vigorous centers of anti-market, central planning ideologies in both their operation and in the institutional cultures that they advance. The result, of course, is highly ironic where these institutions are meant to serve as the knowledge production foundation of political-economies founded on both principles of representative democracy and of markets.  But irony is the stuff of dinner parties.  There is real effect as well--internal central  planning in the knowledge production and dissemination industry substantially determines who decides what one learns, how on studies and what knowledge is produced. The power over those decisions has been shifting from individuals and from the stakeholders within the university, to bureaucracies asserting managerial controls through the exercise of administrative discretion. In centrally planned economies, the result is usually a substantial loss of productivity, a shifting of the focus of productive capability, and the loss of innovation.   Have American universities now adopted cultures of central planning or Markets Marxism as the basis for their operations?