Call for Proposals: BHR conference in Vilnius on 23 May 2019

Mykolas Romeris University (Vilnius, Lithuania) with the support of the Lithuanian Ministry of Foreign Affairs is organizing an international conference on human rights and business issues on 23 May 2019.

The event will take place very soon and of course we are aware of the fact that the agenda of yours could be booked for the spring period already. Nevertheless, we would like to invite you to contribute to our conference with a presentation regarding business and human rights in general or to address specific topic regarding implementation of the UN guiding principles. Lithuania is planning to update its National Action Plan on Business and Human Rights this year, so we are interested if other countries face the same problems and what are/could be the solutions.

We will encourage also the speakers to publish their contributions in the International Comparative Jurisprudence – an open-access and peer reviewed journal published by our university.

If you have any questions – feel free to contact Arnas Liauksminas  via email arnas.liauksminas[AT]mruni.eu. The deadline for application is 30 April 2019.

Posted below are details of an open call for contributions to Issue No. 24 of the Journal Iuris Dictio.  Please consider submitting! Details in Español and English. 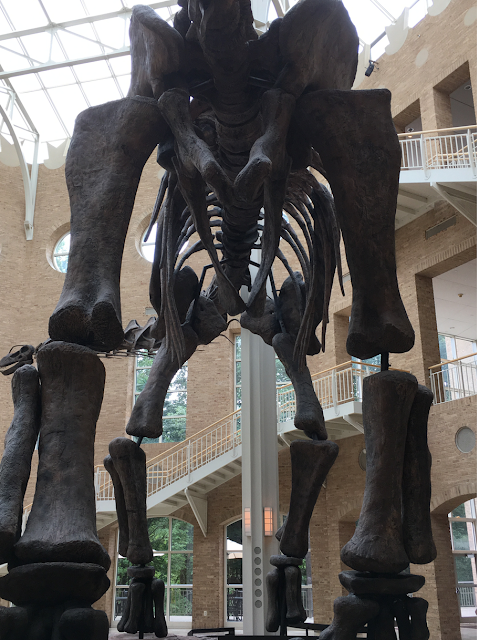 Shared governance appears to have acquired a political patina.  And that is unfortunate--especially since the labels that are used to describe combatants tends to veil rather than illuminate the agendas and ideologies of the combatants.  The field of battle, of course, is that cluster of practices and principles we have come to describe as "shared governance." The conventional liberal-conservative divide appears to have formed around the binary--"for" or "against" shared governance. Those binaries infect not merely analysis of the evolution and protection of shared governance, but induce even the most well meaning to clothe themselves in these labels.

More's the pity for the way it tends to shift the focus from the construction and reconstruction (or perhaps dismantling) of shared governance to the more mundane issues around fidelity to political faction and its orthodox expression of "positions" with respect to "hot button" issues. Indeed, the shift from ideas to faction  points to the difficulties of discussing shared governance under current conditions.  Ideological conservatism could as easily embrace a robust defense of traditional shared governance and champion the protection of the continued professionalization of the profession, grounded in the notion of classical ideals around the production and dissemination of knowledge whose economics are driven by (the communally) shared value of of both.  Factional conservatism can adopt a corporatist stance, viewing education as an industry and its professorate as assembly line workers producing objects (graduating students and outside funded research commodities). Conversely liberal factionalism can easily descend into the sort of totalitarian orthodoxy that seeks to impose quite specific catechisms within the academy and views its academics as instruments for the propagation of a specific gospel. Ideological liberalism can easily foreground issues around the community of academics with respect to whom the process of professionalized knowledge production and dissemination might flourish in way that advance a core vision of the arc of progress of both.

There is a complementarity between liberal and conservative factionalism, as well as between ideological liberalism and conservatism.  One cannot help noticing that, over the course of the last generation, the ways in which the key stakeholders in the governance and ideological construction of the university have tended more and more to favor the factional stance and to marginalize (that is to reduce to empty sloganeering) the more nuanced and important debates around the ideology of the university (as opposed, of course, to the ideology of specific bits of knowledge or judgments which now masquerades as institutional ideologies of knowledge).

It is in this frame of ideological mind that one approaches the AAUP's excellent work in the case of Maricopa Community Colleges (the report of which may be accessed here).  The transformation of the debate about shared governance from its ideology to its politics--and certainly around what passes for Republican Party politics in Arizona ought to be telling (Report: @ "C. Political Aspirations of Board Members as Motivation").

The AAUP Press Release and the text of the Rport (plus its addendum) follows below.