Hollowing Out Governance--Thoughts on the Emerging Structures of Governance at the Unit Level: Bureaucratization, Information Asymmetries and Control 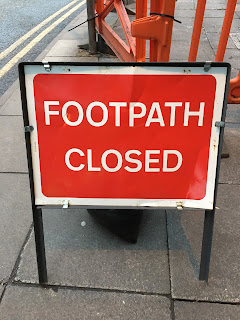 One of the most interesting trends of the last decade or so has been the way in which the edifice of robust shared governance has been carved out.  What was once a structure vibrant with engagement (although always to some extent asymmetrical) now appears as magnificent as before, though hollowed out of any real content.


One gets  areal sense of this not at the university level--where the grand strategies of bureaucratization have already become a normal element of operation, whose premises appear unremarkable even to those most deeply and adversely affected by them.  Rather it appears in its most acute forms in the operation of sub-units of the university--colleges and large departments--whose governance structures remain outwardly a shining beacon of shared effort, but which have effectively been hollowed out.

This post includes some thoughts on the nature of that process of hollowing out and its consequences.  A future post considers the effects. The view is pessimistic; it is not clear that the antique model on which these structures once operated well can be saved except as echoes of themselves now most useful as a veil behind which real power is exercised through increasingly bureaucratized administrative apparatus with no real connection to faculty other than to understand them as factors in the production data useful to the assessment machinery of the university as a whole.  Yet what emerges as well is the certain knowledge that faculties will adjust to changing conditions, at least in order to survive.  And they will thrive, if only by changing the meaning and methods of that term. Still, it is worth chronically the transformation of a governance order that once was fully embraced by a dynamic culture and that now is quickly losing even status as a memory. Still, there may be something distasteful in using antique terms, rich in history and practice, to describe the new realities to which they have little functional connection.

Happy to pass along word of what will be an exciting and quite important program: Os desafios da democracia e dos direitos socias no século XXI ("The challenges of democracy and social rights in the 21st century").

The main objective of the Seminar is to disseminate and debate the theoretical and practical production on Human Rights, Society and State in the Brazilian and Latin American context. In addition to bringing together national and foreign researchers, who are concerned with the issue of democracy and social rights, providing channels for dialogue and promoting the dissemination of scientific works.

The event is organized by the Post-Graduate Program in Law - MSc, from the University of Extremadura, Southern Brazil - UNESC, with the support of the UNESC Law Course. My thanks to
Prof. Dr. Yduan de Oliveira May Direito | PPGD | UNESC for organizing this important event.


More information follows in the original Portugese and English translation.

New From the Journal of Legal Education--Links to Emerging Orthodoxies From the Legal Academic Sector in the U.S.

I am happy to pass along links to the latest issue of the American Journal of Legal Education.  It represents the thinking of the American legal academic elite and thus is a useful gauge of the evolving orthodoxies  (and emerging thinking) among that group.

Universities (whatever the incarnation of that abstraction means) sometimes believe that they serve as a positive force in bringing the knowledge produced by their faculty to market, and thus contributing (again it is hard to understand how a collection of administrative officials can be credited here except for doing the job for which they receive lavish (market based of course) compensation) to social progress.  And indeed, the practice and fostering of university spin offs has been all the rage recently (here, here, here, here, and here).

Public officials in universities and ministries throughout the industrial countries are currently extremely interested in fostering the creation of spin-offs from the public research base. The reason is simple. Research-based spin-offs are generally understood to be small, new technology-based firms whose intellectual capital originated in universities or other public research organisations. These firms are thought to contribute to innovation, growth, employment and revenues. They are perceived to be flexible and dynamic, giving rise to novel fields and markets, and playing a critical role in the development of high-technology clusters. However, despite the promise of new-firm generation from cutting-edge research, a recent survey carried out by the OECD shows that in most countries, spin-offs remain rare and their economic impact is poorly documented. (here; and see also here).

To consider that question, those interested might want to have a look at an intriguing artocle just published:    Marco Ferretti, Salvatore Ferri, Raffaele Fiorentino, Adele Parmentola, and Alessandro Sapio, "What drives the growth of academic spin-offs? Matching academics, universities, and non-research organizations," International Entrepreneurship and Management Journal 14:1-27 (electronic publication 6 March 2018), which considers whether the combination of academic and non-academic individuals and organizations on the board and in the shareholder base can foster academic spin offs' (ASOs') early growth performance. They find that "academic individuals’ ownership shares do not exercise any significant impact on sales growth, and the effect of the parent university is negative, whereas non-academic organizations foster ASO sales growth in an inverse U-shaped fashion." (Ferretti, M., Ferri, S., Fiorentino, R. et al. Int Entrep Manag J (2018). https://doi.org/10.1007/s11365-018-0497-4).

From the Association for the Study of the Cuban Economy: 2018 Graduate and Undergraduate Student Award Competition (Concurso Estudiantil Jorge Pérez-López 2018)

The Association for the Study of the Cuban Economy sponsors an annual student competition in conjunction with its annual meeting.  I am happy to pass along the call for participation in the 2018 Jorge Pérez-López student award competition. Information follows.