ASCE Student Award Committee is accepting nominations for the 2019 Jorge Pérez-López Student Award Competition. A panel of scholars will judge all submissions on the basis of relevance, originality, quality, contribution, and clarity of presentation. Papers should not be co-authored with an instructor or teaching assistant. At a minimum, all papers must outline a thesis statement, present evidence or data supporting it, confine to 5000 words double-spaced length, and follow one of the standard academic writing and citations styles.

CALL FOR PAPERS Seminar on Digitalization and Legal Culture: Western and Chinese Perspectives

Seminar on Digitalization and Legal Culture: Western and Chinese Perspectives

This seminar aims to reflect on the current discussion on digitalization, geopolitics, law and legal culture as perceived from Western and Chinese perspectives. It wants to contribute to an understanding of the processes of legal, cultural, political and societal transformations sparked off in the digital era.

China has been a frontrunner in the area of digitalization. As a global force in digital technologies, China has increasingly played an active and contested role in shaping the digital landscape through collaboration and competitiveness with western and other states. Meanwhile, advanced digitalization urges accountable up-to-date ethical and legal guidelines to address the impact of the digitalization on cultural and societal transformation globally.

At this moment, the EU has been a frontrunner in the area of legal regulation, court cases and guidelines to limit the power of the tech giants. Generally, the EU seems to be more reluctant than both the US and China in relation to the benefits related to digital technologies and their influence on individuals and societies. To some extent, this is due to historical legacies.

Digitalization and the digital revolution is changing the world in the 21st century in terms of communication, (resource) control, censorship, commerce and surveillance of people, organizations, and markets. Size matters, huge states, and private actors play a considerable role in this development, where state and private governed ‘surveillance capitalism’ and ‘social credit systems’ coexist globally. The implications of this for political and legal culture are not clear.

A Report From the Front Lines of the Transformation of the American University: Jacob Howland, "Storm Clouds Over Tulsa"

In April 2019, Jacob Howland, wrote a blistering analysis of the great institutional transformations that are occurring at the University of Tulsa. This was no ordinary Jeremiad by someone easily dismissed as a failure within the (teaching side) of the academy. Professor Howland is the McFarlin Professor of Philosophy and past Chair of the Department of Philosophy and Religion at the University of Tulsa where he teaches in the Honors Program as well as in philosophy.

The Essay is remarkable for a number of reasons beyond the lamentation about the way in which university programs are being transformed, and the relationship of the university to its athletic and professional programs. Equally interesting to readers ought to be the way in which such transformation has been occurring without the substantial participation of the faculty. That has substantial ramifications. It evidences the continuing transformation of the education side of the university.  First it is no longer necessarily the principle undertaking of an institution--the production of athletic events and professionals readily who might be inserted into higher end portions of the wage labor markets might now be as important, if not more so. It also suggests again that markets rather than knowledge drive the business of education, and that the business of knowledge production is deeply tied to its direct power to generate revenue. While that is well known, the shift from long term to short term calculation  is less well appreciated, though its effects on the way in which American business has been shaped is well known.  Now those birds have come home to roost in the academy.  It also suggests the way that cultures of administration, rather than cultures of knowledge production and dissemination have now come to dominate the operation of the university.  The effects are profound. And apparently in the case of the University of Tulsa, the effects might not be economically viable.

But that opens the real question behind the essay--for whom is the university operated, whose interests does it serve, and to what ends is it run.  One answer may be the trustees and large foundations  who are willing to fund enterprises to please themselves irrespective of the economic (much less academic) consequences? Ironically, while this reduces the role of faculty (and the influence of the academic.side of the house to irrelevance, to a passive object of production), it also reduces administrators to a more servile role (they also perform for their masters). This ultimately provides the most interesting insight of the essay (for me at least)--is it possible that the real transformation of the American academy is not in the shifting of authority from faculty to administrators, but in the transformation of the academy itself from a self-controlled institution, to one in which authority has shifted outward. We know where some of that authority has leaked out--to the state (regulatory authorities can be as fickle and capricious as any patron, and even more politically motivated).  But authority appears also to have leaked to foundations and other actors  whose control of money increasingly shapes the academy form the outside (without preference for political ideology, just financial power politically exercised). Those are some of the ideas that swirled through my head as I read the essay.  But I leave it to readers to make what sense they can from the essay.

His Essay, Storm Clouds Over Tulsa, was published in City Journal and appeared 17 April 2019.  It is reproduced (without the embedded pictures) below.  The original may be access here.

Without (Much) Comment: "Judge throws out ex-Penn State president’s conviction" 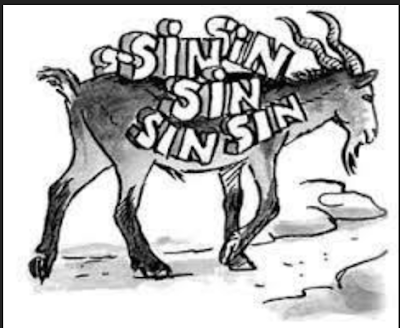 Two stories are worth consideration.  They mark the next stage of a morality tale that started with Pennsylvania's efforts to respond to the horrible events that eventually resulted in the conviction of a member of the Penn State Football coaching staff for immoral acts against children.   They remind us of the complicated relationship between the state, its institutions, and the people who populate both in the shadows of law and justice.

The stories touch on the recent decision by a judge to overturn the conviction of former Penn State President Spanier of his conviction for misdemeanor child-endangerment, the only charge that the state was able to secure a conviction in the long and tortuous process of finding administrators to bear the responsibility for failed institutional duty.  In commentary I note merely remarks made April 13, 2012: Penn State’s New Reality; Reflections by the Penn State 2011-2012 Fellows--Four Lessons Learned About University Governance in Crisis.