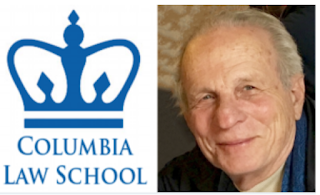 I have been writing about the transformation of university governance from a rules based system to one in which rules are created to define increasingly broad ambit of administrative discretion (here, here, here, here, here, here, and here).  This widening of administrative discretion appears most pronounced at the middle tiers of university administration--at the level of university deans and unit chancellors. It appears to evidence two profoundly important trends.  The first is to shift effective governance power from faculty-dean collective governance models to a more hierarchical system in which middle manager deans reserve the authority to initiate and drive policy formation as well as implementation. The second is to change the character of accountability that manages to produce an expanding field of decisions that are effectively beyond the power of anyone (but perhaps the provost) to review. The result is a growing area of decision making authority in which deans may act with impunity.

Impunity within an organization, of course, creates a legitimacy vacuum in the operation of an institution.  In the United States, at least for the moment, such structures without legitimate structures of accountability may expose themselves to the accountability structures of the state.  Generally that seepage of accountability out of the institution tends to wind up in the courts. And so, increasingly, one begins to observe a curious trend--the increasing willingness (necessity) of faculty (and eventually staff that is not unionized) to seek in the courts the protection (in the general law) of protection against abuse of discretion.

This trend should be alarming.  It suggests institutional decay, at least with respect to the core structures of internal legitimacy, that once were more central to the operation of the university.  More specifically, as the university abandons effective remedial structures, individuals will seek remedies form more authoritative institutions. People may be excused for scoffing at the notion that impunity in administrative decision making (abandonment of effective remedy and failure to oversee administrative discretion based governance), and even at the very idea of the need for an effective abuse of discretion standard itself within structures of university rule systems.  They will be excused for finding implausible the suggestion that in the absence of effective university governance, its own stakeholders will seek "workarounds," and some sort of vindication, outside the structures of the university and its own administrative machinery. My sense, however, is that while initial efforts are likely to be rejected--the trend toward turning to the courts will only intensify as the transformation of the university becomes more pronounced (and as its structures become more hierarchical and impunity enhancing discretion based).

The most telling evidence of these trends, and of the likelihood of the development of a judicially constructed standard for policing administrative abuse of discretion in the university, does not occur when these efforts are undertaken by faculty at lower ranked universities. It does start to have significant potential to affect the remedial structures of university governance when members of the university elite themselves begin to seek the protection of the courts. It is in this context that the lawsuit (filed March 23, 2017) against the Columbia University Law School (and its dean, Gillian Lester, Dean and Lucy G. Moses Professor of Law)  by one of its more prominent members (George P. Fletcher, Cardozo Professor of Jurisprudence).

This post includes some of the documents emerging from that lawsuit as well as a nice description of the issues recently posted by Paul L. Caron to his Tax Prof Blog.  The university's motion to dismiss the lawsuit provides an excellent gauge of the current position of "management," one that invokes incredulity at the notion of a faculty member running off to the courts in a fit of pique. But that incredulity, given the way the facts are described, ought not detract from a more dispassionate institutional analysis. Whether or not Professor Fletcher prevails, the case itself is another piece of evidence of the growing institutional failures of the emerging university discretionary governance model to adequately deal internally with the exercise and management of administrative discretion.  Professor Fletcher is likely not the last member of an elite institution to seek remedies where he can, and one day--sooner than institutions and their administrators may anticipate-- the courts will supply the remedial structures that universities increasingly fail to provide.

Internship Opportunities at Foundation for Law and International Affairs

I am happy to pass along an internship opportunity at the Foundation for Law and International Affairs (FLIA), with which I am associated.

The Foundation for Law and International Affairs (FLIA) is an independent, nonpartisan, nonprofit organization mandated to promote academic and public discourse at the intersection of law and international affairs. The core vision of FLIA is to promote international cooperation and public dialogue through the development of new ideas and collaboration with various academic, governmental and civil actors. . . . Our mission is to facilitate international scholarly activities, conduct high quality, independent research and policy analysis, engage in public education and awareness-building programs, as well as amplify the voice of the rising generation.