Retaliatory Governance and the University: Considering Hypothetical Questions on the Discretionary Authority of Deans and their Effects 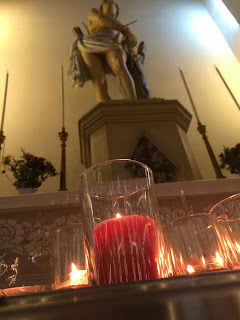 
To what extent do unit administrators contribute to rising cultures of retaliation in the contemporary public university?  To what extent  are faculty protected against the sometimes subtle use of discretionary authority to coerce behavior?  These are questions that are increasingly asked by faculty but rarely answered by senior administrators.

The usual discourse of accountability and constraints on administrative discretion tends to focus on senior administrators. But accountability issues at most public universities ought to extend beyond senior administrators. Though senior administrative organs adhere to formal policies that appear to constrain the behaviors of unit administrators (deans, chancellors, and other middle managers with direct supervision of faculties), it sometimes appears that they also seek to advance a blank-check governance policy for their unit heads (including deans, department heads and chancellors of campus organizations), in fact if not in form.  One might think that these de facto policy choices might well violate university ethics codes and they certainly diffuse accountability to the point where it is formally well structured but functionally dead. Yet the principal effect of these rules may be cover for protecting rising cultures of retaliation whose principal characteristic is tolerating substantially unconstrained discretion by unit administrators with respect to the management of their unit bounded only by complex whistle blower related anti retaliation provisions that do little to soften the retaliatory effects of lower level administrative decision making.

In many cases issues of accountability, transparency, complicity, retaliation and ethics are tied closely together. Nowhere is the connection between these stronger, perhaps, than when deans interact with their faculties, faculties that retain (at least formally) some shared governance responsibilities.

This post considers these issues in the context of a hypothetical that might be posed by university faculty organizations to their senior administrators.  It suggests the answers that these senior administrators ought to give, and, lamentably, those that they are likely to make.

Question 1) Can the Dean prevent us from asking questions of a department head candidate without administrative surveillance?

Question 2) a) Is it appropriate for a Dean to send out an e-mail encouraging faculty to sign a public letter/petition? b) Should a Dean be engaged in activism when it could alienate many faculty and stakeholders, c) Should a Dean be encouraging faculty to sign petitions, which that Dean can see and then, potentially, hold against faculty who did not sign the petition? 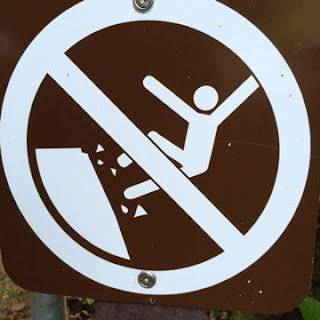 
The American university has changed.  A combination of (1) de-professionalization (in the form of dis aggregating  faculty responsibilities among a number of roles and limiting tenure to a remnant), (2) advancement of autonomous administrator cultures (senior administrators are socialized into an administrator caste system whose highest interest is to perpetuate itself and its own status interests), and (3) the change in the mission of universities from providing education (understood in what was its classical meaning of preparing individuals for citizenship and vocation) to efficiently producing suitable "product" for wage labor markets (targeted to different spots on that wage labor market depending on the position of the university within the industry) has transformed it into a point in global labor production chains. While hints of the classical American university might be preserved--something either as a "proof" that things are still the same, or for the production of elements slotted for elite responsibilities in society, markets, politics, defense, technology or religion, university administrators now serve as overseers of a distinctly different "human value added" production process. One might lament the change, but it is far too late for nostalgia--the ramifications of this foundational change must be recognized as embedded for some time to come.

With this change, of course, comes changes in the nature of the relationship between faculty and the administrator caste with respect to the operation of this "learning factory." No longer the most authoritative source of knowledge about either knowledge or programs of training for students to impart this knowledge, faculty are increasingly seen as little more than the operational element of market driven verities of knowledge and its transmission. Operating in the form of collegial "senates"--a Roman republican form grounded in deliberation, but one less useful in those more authoritarian regimes that mark the structures and cultures emerging as the new university governance architecture--traditional forms of faculty shared governance are becoming increasingly irrelevant, and indeed, burdensome, in an authoritarian learning factory model of education.  Senates are increasingly brushed aside or co-opted--not because they are incapable but because the ideology that made their operation so useful has been brushed aside in favor of another in which a vigorous Senate can play no vibrant and autonomous role.

This post considers a hypothetical drawn from a number of imagined strands of possible behaviors at public universities.  The hypothetical illustrates the contours of change in shared governance at the everyday and operational level.  It also suggests the ramifications for what might remain of effective faculty engagement in what is becoming the baseline cultures of American educational society.  It suggests both the context and character of the growing erosion of faculty authority--and its inevitability in the new educational order. 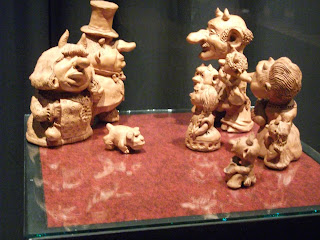 
On December 10, 2015 the AAUP released its report of its review of the 2015 University of Iowa presidential search.  It provides a window onto an old world order that appears to be much more current today--the strict adherence to formal requirements of engagements even as that formalism masks a quite different reality.

Indeed, it is becoming more common, at least by anecdotal accounting, for administrators to adhere more and more strictly to the appearance of engagement even as they strip engagement of all effective utility.  In its usual form it involves a call for nomination, and even meticulous efforts to conduct interviews and allow for comments and reactions, even well after a determination has already been made about a possible hire. This is said to occur at all levels--from the appointments of department heads, interim deans and middle level administrators, to, potentially, if one believes the AAUP report, to the appointment of a university president. Rumors of the embedding of these practices grow as the level of trust between university stakeholders is reduced--usually by the bad or careless conduct of people in charge. It follows a culture in which senior administrators lock themselves in their high towers, ever more remote from real engagement with their stakeholders, and resentful of any effort at engagement or accountability. For them, increasingly, asking questions is ambushing;  seeking a role in appointments is interference that must be carefully managed.

The Press release, with links to the full report, follows.