On June 18, 2016 the American Association of University Professors (AAUP) took a number of actions relating to conduct by university officials. Among the most important, the AAUP voted to censure the University of Missouri (Columbia) and St Rose University of NY for violation standards of academic freedom and tenure.

This from its Press Release:

Washington, DC—Today, delegates to the 102nd Annual Meeting of the AAUP voted to place the College of Saint Rose in New York and the University of Missouri (Columbia) on the AAUP’s list of administrations censured for violating standards of academic freedom and tenure. The annual meeting also voted to remove from the censure list two institutions that had taken the necessary steps to address the AAUP’s outstanding concerns: Metropolitan Community College in Missouri and Grove City College in Pennsylvania. Grove City College had been on the censure list since 1963, longer than any other institution. However, the annual meeting did not approve a conditional removal of the University of Illinois at Urbana-Champaign from its censure list.

I have written about the action against the University of Missouri (here) and the University of Illinois (here). The actions evidence the scope of the battleground that defines emerging relationships between university administration--increasingly bureaucratic, self referencing and remote from its faculty--and faculty, increasingly de-professionalized and torn between global movements in disciplinary interests and the market oriented programming of universities and their outside stakeholders. Where once the object was to flesh out and broaden the space within which the professional competence of faculty was recognized and the self regulation of faculty through their own communities of scholars in their fields was understood as the primary instrument of discipline, now the focus increasingly is on building walls to protect faculties who are no longer viewed as the superior authority with respect to the knowledge they produce or the structuring of its dissemination.  Administrators have sought to transfer authority for both knowledge production and the structure of its dissemination (coursers and majors) from disciplinary communities of scholars to markets for knowledge consumption (labor markets and the institutions that seek to develop and exploit knowledge and to make use of the students produced for consumption within labor markets). Though the language of university administration and the AAUP remains locked in that of the normative structures of the 1980s, the world in which these contests are undertaken have changed (e.g., here and here).

The Press Release follows along with links to the original investigating committee reports.

Challenging the Ordering of Markets for Academic Prestige: On the Business of Academic Conferences, Status Hierarchies and the Markets for Knowledge Production and Dissemination 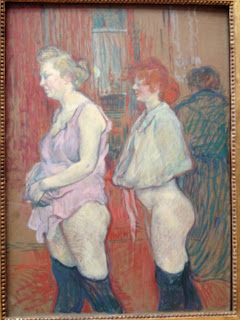 
I have written before on the ways in which markets for academic prestige, and for sorting academics within informal "ranks", have become routinized and institutionalized over the last 30 or so years in their current form. In Ordering Markets for Academic Knowledge Goes Global: Pablo Lerner on "Foreign Influences and 'Law Reviews Rankings' in Israeli Legal Scholarship "I suggested methodologies for knowledge production valuation within institutions that sought to capture some of the intrinsic value of the thing produced, even when measured extrinsically.  The problem, of course, is the nature of the market for knowledge.

The production of knowledge, especially among academics, is not simply offered for consumption.  Like all consumables, it is judged and valued in the market within which it is offered.  And again, like other consumables, the judging of academic knowledge products has become standardized, and its assessment routinized in ways that  both make it easier to understand what one is buying and also makes it more likely that all products will resemble each other.
One of the principle external consequences of this market for academic production, is that much of what is produced is predictably the same--and the market likes it that way.  Another is that producers are judged  (tenure and promotion) by their fidelity to the packaging (law review articles and books) and content standardization (its fidelity to the generally shared normative presumptions of the leading practitioners in the field) features of  knowledge commodities.  To that end, assessment structures are required not merely for the academic, but also for the secondary structures within which her status is itself assessed. (Cf. Backer, Larry Catá, Global Panopticism: States, Corporations and the Governance Effects of Monitoring Regimes. Indiana Journal of Global Legal Studies, Vol. 15, 2007).

Along with others, I have suggested the consequences of rmeasurement--and asessment--within systems  constructed specifically to permit a continuous and self reinforcing system of hierarchy and protecting the privileges of "leading" groups within disciplines ("Defining, Measuring and Judging Scholarly Productivity: Working Toward a Rigorous and Flexible Approach," 52(3) Journal of Legal Education 52(3):317-341 (2002) (examining, in part, the way that discussion od scholaraship and its produciton is skewed by other issues, principally the objectification of scholarship goals)).

Two items suggest that what appeared to be a stable environment for such markets may be coming to an end. One, in English from Duncan Green appearing on an LSE Blog,  Conference rage: How did something as truly awful as panel discussions become the default format? touches on the organization and hierarchies of the performances through which knowledge is disseminated to the academic community. . .and others. The second, in Spanish, an open letter from Roberto Breña, El Colegio de México, is in the form of an open letter to the leadership of the Latin American Studies Association on the deficiencies of the structures of contemporary conferences for academics in a recognized "field" of study. Part of both follow along with my brief comments.