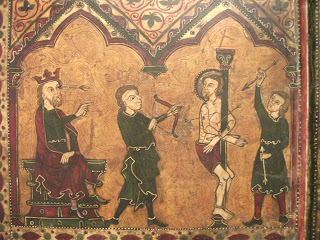 The evolution of the legal rules constraining the terms  through which labor may be purchased in the West had seen a long evolution--from villeinage and indenture (slavery for some) to service in the form of the sale of labor to a master who is empowered by law to manage and control the person whose services have been purchased.  That employment relation, that relationship between master and servant is hierarchical and personal in a way that the relationship between investor and enterprise is not--capital is invested but not purchased and performs no service beyond offering the value obtained and a forbearance of repayment for a time certain. Echoes of the the more comprehensive notions of service, and of the role of the servant, remain visible today in the scope of discretionary authority the law permits to a "master" to regulate the non working lives of employees to the extent it might interfere with its business and operations--as those are conceived by the employer. For at will employees, of course, the legal master-servant relation is to permit the master (though technically both have the power) to terminate employment for any reason--and in the master's case, to condition employment on a host of criteria, subject only to the constraints of other law, contract, or at the extreme, constitutional limitations.

The master-servant relationship exits within the university as well.  For faculty, however, the operation of the master-servant relation has been constrained both by contract and by the scope of the interpretation of the twin principles of academic freedom and shared governance.  These have sometimes proven to be strong protection in the absence of statute or policy.  Other times, their protection has been somewhat less powerful.  Beyond the legal constraints lie a powerful policy conversation that has been shaping the societal consensus relating to the propriety of the exaction of conditions for work that touch on the non working life of the employee. These have tended to push toward a growing societal disapproval of the assertion of employer power reaching into the private lives of employees. At the same time, universities across the United States have sought to expand the boundaries of the definition--and thus the protection--of their interests in the intellectual prowess represented by the individuals whose services they have purchased for the provision of customary teaching, research and service duties.  Where once universities were principally concerned about the protection of its interests in the face of patents and related innovation and the opening of businesses by mostly scientists and engineers seeking to exploit ideas nurtured through the university, and to constrain the scope of professional practice by its lawyers, architects, musicians, etc., now the university seeks to control well beyond these simple and direct activities.  It is at the intersection of these two opposing societal movements that university policy relating to the control of faculty outside business activity meet.

Many of these issues have been dealt with relatively uniformly by contemporary large research universities across the United States.  This post considers one hypothetical example of this effort in that light and the Commentary of Professor Hypothetical in light of that effort.  It is a hypothetical example only; but it presents issues that touch on such efforts across the nation.  As a generic model it will be presented as the efforts of Public University (PU), a land grant University in the State of Republic,  in the development of a Labor Policy (LRX) that seeks to manage employee business activities in the context of a new model.
Read more »
Posted by Larry Catá Backer at Monday, July 18, 2016 No comments:

On the Management of Scandal in the Modern University; Some Lessons and Insights for Times of Crisis 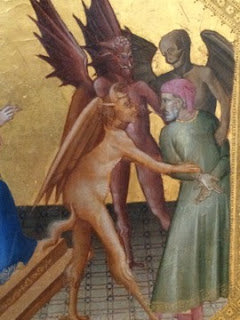 Scandals and litigation can have a substantial effect on the operations of the modern university. The long running efforts of Penn State University to meet and mitigate the effects of the prosecution of a former athletic employee for various acts of gross sexual misconduct provides the model template for the early 21st century large university.As such, the lessons that ought to be drawn should be of importance to university administrators and shared governance partners throughout the nation.

There are a number of lessons that can be drawn:


1. Such disruptions can be long lasting. It is difficult to reduce the "life span" of such events, and the risk of substantial mistakes increases the more strenuously administrators seek to shorten this life span through retrospectively short sighted decisions.

2. Information about events of national and public concern are nearly impossible to control. The harder the university works to control the flow and manufacture of information for distribution internally or externally, the more likely that it will have detrimental effects on moral and on the position of the university. Individuals and organizations, including state officials are likely to draw negative inferences from especially ham handed efforts to control either information flows or discussion.

3. Preserving the illusion of control tends to create unintended consequences.  It is an illusion to believe that scandals of this sort can be managed or controlled, especially by groups of senior administrators who do not have (given institutional cultures and the logic of their positions) a means of grasping rank and file sentiment.  The harder the effort to stage manage thought, to socialize employees, or to limit expression, the more likely that division between senior administrators and rank and file will grow, and that mutual trust will dissipate.  Ordinarily this is of little moment--but the consequences will be felt not in the context of the scandal but in virtually every other administrative program--from benefits reform to conflicts of interest and consulting initiatives. Trust, once lost, is hard to recover.

4. The university's failure to account transparently for its expenses and objectives in meeting the scandal will also contribute to a reduction of trust  That reduction will focus on faculty and staff--who will view university efforts at cost reduction aimed solely at them much more suspiciously in the face of multiple millions of dollars spent to manage and deal with scandal related accountability issues.  To them, such cost reductions appears to amount to a cram down of the expenses of the scandal form the university to faculty and staff.  In effect, taken as a whole, university cost cutting in the face of a scandal tends to be understood as a faculty-staff subsidy of the costs of the scandal, a cost that appears to be passed through from the (rich) university to the (much less financially endowed) faculty and staff.

5.  That failure of transparency might well affect outside stakeholders as well--from the state in its budgeting processes, to alumni and local leaders who might also begin to worry about trust issues and the nature of their relation to the institution.

6.  There are always unanticipated surprises in the course of resolving major scandals. In the effort to produce accountability new and sometimes quite burdensome information may come to light that might well complicate efforts at scandal crisis resolution.

All university administrators must begin to better plan for and meet the likelihood of major crisis.  This is a difficult task, and one for which the university community itself must be prepared to be forgiving and patient as events unfold. Still, there is a need to better prepare for protecting the university community and the functioning of the university as it seeks to deal--ethically, transparently and forthrightly--with scandal.  That requires programs for both vigorous defense of false accusation and humble and forthright acceptance of responsibility.  Indeed, Penn State's Values would appear to mandate these as the basic principles of the university's own operations. And in any case they ought to serve as a baseline against which administrator decision making and conduct generally ought to be judged.

Some of the implications of these insights may be discerned by a reading of the surprising and continuing events revolving around the horrible Sandusky related scandals.  The first is a recent article from the Washington Post (Will Hobson and Cindy Boren, "New Court Documents Suggest Others at Penn State knew of Jerry Sandusky Abuse," Washington Post, July 12, 2016) which may be accessed HERE.  The second is a message from the University President. These are presented without comment in keeping with the request of the Penn State President set forth below.
Read more »
Posted by Larry Catá Backer at Wednesday, July 13, 2016 No comments: