Made to Market Education and Professionalization in University Education

I had earlier considered the issue of "professionalization" in education, focusing on many people's favorite stalking horse--athletics.  I suggested that the University of Kentucky coach, who was moving aggressively toward a new model for his players, focused more intensely on market ready players (that is ready for employment in the sports player market, though perhaps less so for supporting labor market roles in the sports industry), might suggest an unfortunate exaggeration but not an aberration in the movement of university education toward a more "made to market" approach to program and course development.   (Irony and Incoherence in the "Professionalization" of University Education, May 22, 2012). 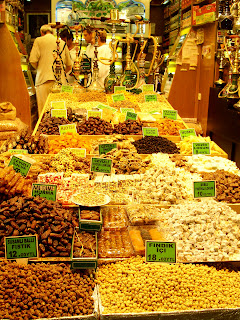 The issue of professionalization (as the term is applied to sport), then, is part of a larger movement toward a different kind of relationship between education (and the way in which it develops its "product") and the global wage labor market. I write now only to suggest that this dynamic relationship is evidenced not merely in sport but also most acutely in the professional schools.  My focus today is on that effect in the field of law studies and its effects on the development of pedagogy, course content and programs for law schools.   It touches on the role of labor markets in the construction of educational programs, made more complicated (though not exceptionally so) when public regulators also have a power to intervene in the development of programs of education delivery.


Concerned that law school students aren't learning the nuts and bolts of lawyering, the State Bar has assembled a group to study whether practical skills training should become a condition of practicing law in California.

The new Task Force on Admissions Regulation Reform will consider whether to adopt a practical skills training requirement for being admitted to practice law and, if so, how long that training should be and what it would entail. The task force plans to hold the first of three hearings on the issue June 11 and release its recommendations before the end of 2013. Any change would require California Supreme Court approval.

State Bar President Jon Streeter, who chairs the 21-member group, said the idea grew out of discussions at a Board of Trustees retreat in January that dealt with the State Bar's overall goal of protecting the public and the fact that abysmal job prospects, coupled with huge debt, have been forcing many law school graduates to strike out on their own. . . .

Some law school administrators, however, are skeptical about the State Bar's plans.

Proposal gets chilly reception from some in academia

According to a survey by the American Bar Association, aspiring lawyers in three states must take legal ethics or substance abuse courses during law school if they want to be admitted to practice law. Twenty-five states and the District of Columbia require practical skills courses and training after law school, the makeup of which varies from state to state. Delaware, for example, requires its new lawyers to complete a five-month clerkship and “pre-admission session” conducted by its Supreme Court and Board of Bar Examiners. . . . .

“Anytime they step in, this stifles innovation,” Kramer said.

Streeter said those kinds of comments “reflect a lack of understanding” and that the task force has no intention of dictating the content of law school curriculum. Part of its role will be, however, to look what academia is doing and what practical skills training exists in other states. . . . .

Streeter acknowledged that law schools may need to adapt their curriculum to respond to the market should a practical skills mandate be adopted. He said schools may be concerned about how it will affect their standing in U.S. News & World Report's annual law school rankings, which don't put a lot of emphasis on clinical education.

“That is a tough problem for law schools, but it is not our problem,” he said. “Ours is to look after the best interests of the public.”

Cost-benefit analysis will be key

Comprised of State Bar officials, lawyers and members of the public, the task force plans to consider whether practical skills training would further the State Bar's goal of protecting the public and whether to require uniform curriculum or permit a variety. The group will also weigh the potential benefits versus the costs of a training requirement, and if it makes sense to first test out the program with a pilot phase.

The move suggests a number of the larger issues that are also present, though in distractingly shrill form, in the context of student athletics.

First, the internal and external incentive structures for course and program development may conflict. In this case, the reputation of law school programs, as judged internally within the market for law school status grounded in the assessment matrices of U.S. News & World Report (in this case)  may produce incentives to create programs that do not meet the perceived needs of the wage labor markert for lawyers.  In that case, both the academy and the consumers of law graduates turn to the state, in its regulatory capacity, to force programmatic change (or to protect against such changes) that may enhance or adversely affect reputation.  Lack of clarity on this complex dynamic sometimes clouds discussion within a faculty.  Because these discussions are at the core of the authority of a Faculty Senate, the consequences become important in the Senate's role as guardian of course and program quality, coherence and integrity.

Second, one of the effects of this dynamic is to encourage a tendency toward "made to market" education.  The effect is positive in a sense--it aligns the interests of students and the wage labor market (employers mostly).  But it is not necessarily only positive.  It tends, in the first instance, to relieve faculty (and university administrators eager for the short term benefits of student placements and contented employers) of a substantial responsibility for its curriculum in a micro (courses and course content) and macro (programs and degrees) sense. at its extreme, abdication accelerates the trend toward conception of faculty as flow through objects--as a means toward the attainment of a particular ends. The autonomy of education and the value added beyond satisfaction of labor markets is lost.  This is no small matter--among those items lost are the training in citizenship, shared values,  production of individuals who may add to the general cultural and social advancement of this society, all of which were matters of significant concern and important reasons for the founding and support of university education.

Third, even if one must concede the power of made to market education as the engine that drives program and course development, the question of which markets what programs are meant to satisfy remain.  The issue is perhaps well illustrated in the context of legal education.  The proposed changes to legal education sought by the law firm industry has the laudable purpose of producing law graduates better suited for employment in law firms.  But law schools do not produce graduates solely for work in that labor market anymore.  Indeed, significantly greater numbers of individuals attending law school may have no intention of practicing law or of practicing law in that particular way.  The same could be said of the professionalization of athletics--capture by labor markets for performers substantially skews the university production role towards one segment of the athletics industry to the detriment of others that, though wage rates are lower, tend to provide employment over longer periods to more students.

When an industry captures a department or college, and worse, when it uses its influence within public accrediting bodies to further its own parochial interests, not only does the university (and its faculty) lose its autonomy (and control over the character and context of the thing it produces), it also fails to serve the larger community and perhaps, perversely, the greater needs of the wage labor market itself. Put another way, made to market education, when closely tied to the needs of particular markets carries with it the danger of loss of autonomy (the university no longer capable of developing its own notions of how to produce product and for which market), but it may also encourage industry capture and thus lessen the ability of the university to best meet even the objective of made to market education.

Sensitivity to the needs of the wage labor market is important.  Greater sensitivity to the utility of education for students is perhaps even more important.  But the university's obligation to meet those needs is not limited by the short term and parochial needs of certain segments of the wage labor markets or by the short term assessments of needs by students.  The problem of professionalization in sport, as in legal education, then, is one of abdication of the autonomous role of the university and its faculty in the articulation of short and long tern goals of education and the autonomous development of programs that may help students attain them and the wage labor markets to profit by them.