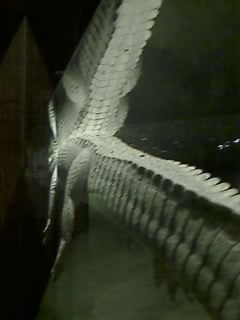 
I used the occasion to speak to a number of important initiatives that have been commenced by the Senate in furtherance of shared governance.  These include:


This post includes the remarks I made at the start of the meeting.


This is a year for big picture thinking. Issues of governance and of the organization of the university, including the way it delivers critical services—knowledge production and dissemination by its faculties—is not the sole province of University Vice Presidents, of unit administrators or of the board of trustees. The faculty remains a central and critical participant in those discussions, whether we are invited to the counsels of the efforts of others or not. And so we have committed ourselves to this duty of governance in a deep and we hope open and cooperative way. By so doing we hope to help set the example of the appropriate model for shared governance—open, engaged with other stakeholders, transparent and consultative. To that end, I have recently charged a number of special committees. Let me take a moment to introduce their work to you and to explain why their projects may be important to all of us. Committee charges and membership are posted on the Senate website, and also on my Senate Chair website.

First, I have charged a Task Force on Student Research, chaired by Brent Yarnal, with the task of considering undergraduate student research. The research universe for students at Penn State, and its value to students and faculty, remains unexplored in a systematic way. We hope to remedy this with a study focused on scope and content of research, support services, variations in practice and issues involving risk management and training,

I have charged our External Matters Subcommittee, chaired by Dan Hagen to map university education in Pennsylvania. Our governor has made it clear that the current patchwork of overlapping state and state assisted universities is unsustainable. He is right. Though we have played only a small role in the development of this crazy quilt, we are burdened with its effects. We worry about the viability of our programs, especially at our campuses, we consider everything from re-missioning units to the adoption of one or another financial model to overcome what is, in effect, an issue of overproduction and misunderstanding of both current and future markets in education in Pennsylvania. But the solution to these problems, solutions to which we are frantically rushing, might be more successful and better attuned to realities if they were better founded in data. We hope the External Matters Subcommittee may develop the sort of data that will help guide planning, already well underway, away from a basis mostly in wishful thinking derived from logical deductions grounded in assumptions,  and make it more robustly data driven.

I have also charged a Student Conduct Code Task Force, chaired by Keefe Manning. Its task is at once simple and yet likely highly controversial. Academic integrity and related codes of behavior and behavioral expectations for students, including so-called “Honor Codes” and conduct principles, have become an important regulatory tool for universities. Over the last decade, these codes, in all of their forms, have also presented a number of issues for universities, including issues of complexity, overlap, policy and code incoherence across units and campuses and the like. I have asked this committee to try to simplify this potentially overgrown regulatory patch and bring simplicity and order. The object is to be student centered, though sensitive to the important distinctive needs of particular areas—athletics in particular. But even so, these behavior commands ought to be written for the benefit of students and to help them do the right thing, rather than as an indulgence for the convenience or greater glory of our faculty, unit administrators or anyone else who sees in these an instrument for their own ends first. And the primacy of student dignity, as a species of human dignity, ought to militate against the temptation to see in these codes a means of social engineering that may threaten the long traditions in this country of preserving individual liberties.

The Senate Council Task Force, chaired by Lee Coraor, has been charged to undertake an autonomous and independent review of the Freeh Group recommendations and the NCAA impositions in their implementation in the university. I am grateful to the board of trustees, President Erickson and David Grey for their willingness to work with this committee as it seeks to express the faculty voice with respect to difficult and sometimes highly complex issues. But I note that institutionally, this committee remains somewhat invisible. I hope that can be remedied as the work of the administrative and board committees progresses. It is hardly enough that these committees speak with a few senators; the essence of shared governance is a respect for the institutional apparatus of the faculty as well as for its members. And that remains a work in progress.

The Special Committee on University Governance, chaired by John Nichols, continues to meet. We expect a report soon. That report will be fair but honest. And it is likely to suggest areas of reform, especially in the institutional relationships between board and Senate. One can hardly speak to the role of the board of trustees in its obligations to effectively monitor university activity and develop policy without acknowledging a fundamental obligation of building strong ties with the faculty. Those ties also deepen respect for the cultures of teaching, service and research that mark a faculty at a research one university.  The Board must work hard to avoid the temptation to give in to what purports to be new and improved ideas that have the effect of transforming this great faculty into a species of industrial employees fit only to work a production line the ultimate product of which are serviceable students who, in turn, are fit only for the local wage labor markets, or as craft workers producing research simple and readily digestible by, and for the benefit of,  some outside enterprise or other. The Board can only be taken as seriously as it takes its principal inside stakeholders, including its faculty.

Last, I think the lessons of governance reform ought to be applied to the Senate as well. To that end, I have charged a Senate Self-Study Committee, chaired by Mohamad Ansari. Periodic self-study is a vital part of institutional renewal. It is an exercise that helps maintain an institution’s relevance and connection with its members. It provides a chance for reflection on the large issues of governance and the institutionalization of the faculty voice within the context of university shared governance. Self study also provides the Senate with an opportunity to take a hard and dispassionate view of itself and to reorganize itself so that its organization complements those of the administration (and its operations) and is consistent with the priorities of university strategic planning in ways that most effectively provides voice to issues of greatest concern to faculty. This is expected to be a major task. Everything is on the table: including the current organization of the Senate whose work is now split among 15 standing committees and a Senate Council, the production of altogether too many informational reports, the effectiveness of the Senate processes for engagement with its members and the faculty at large, and the organization of the administrative offices of the Senate—its budget, autonomy, and operations.

But it is not enough to think through issues of governance at the university level. We are all proud of the substantial efforts undertaken by board of trustees and central university administration to enhance shared governance at the university level. We are close to becoming a national leader in shared governance, and for that we owe Rod Erickson and his management team, and Karen Peetz and the Board leadership, a great deal. But sometimes this great model of shared governance does not translate well to Penn State's units—our campuses and U.P. colleges. While some of the unit faculty governance organizations in University Park colleges and in our campuses are models to be emulated, some are not. It is difficult for local faculty to resist what in some units is a reprehensible suppression of effective shared governance, and it is painful to acknowledge the failures of unit administrators, who with impunity, appear to ignore the example of our President in organizing and running their own units.  We can only hope that will change, but in the meantime we intend to name and praise, and where appropriate to name and shame, these units in a way that does not imperil the jobs or careers of local faculty in our colleges and campuses. To that end, we have constituted a committee to look to the issue of shared governance in the units and to recommend a set fo best practices that can be monitored and assessed.

There is more, of course. Our standing committees are also undertaking significant initiatives. I will be speaking to some of these in future meetings. For all this work, we hope to undertake review and change in an open and transparent manner. We intend to engage our members and the faculty at large in effective and meaningful ways. We expect to work closely and cooperatively with out administration counterparts on all these projects. This is a joint project and ought to reflect the sentiments and will of the faculty—and not merely the desires of its leadership elites. Working together we can continue to fashion a culture of governance that will serve as the template for the most well respected universities in the nation and the world.We look forward to your continued engagement and contributions to these efforts.