On the Penn State NCAA Sanctions Settlement--What Might it Mean for North Carolina . . . and the NCAA? 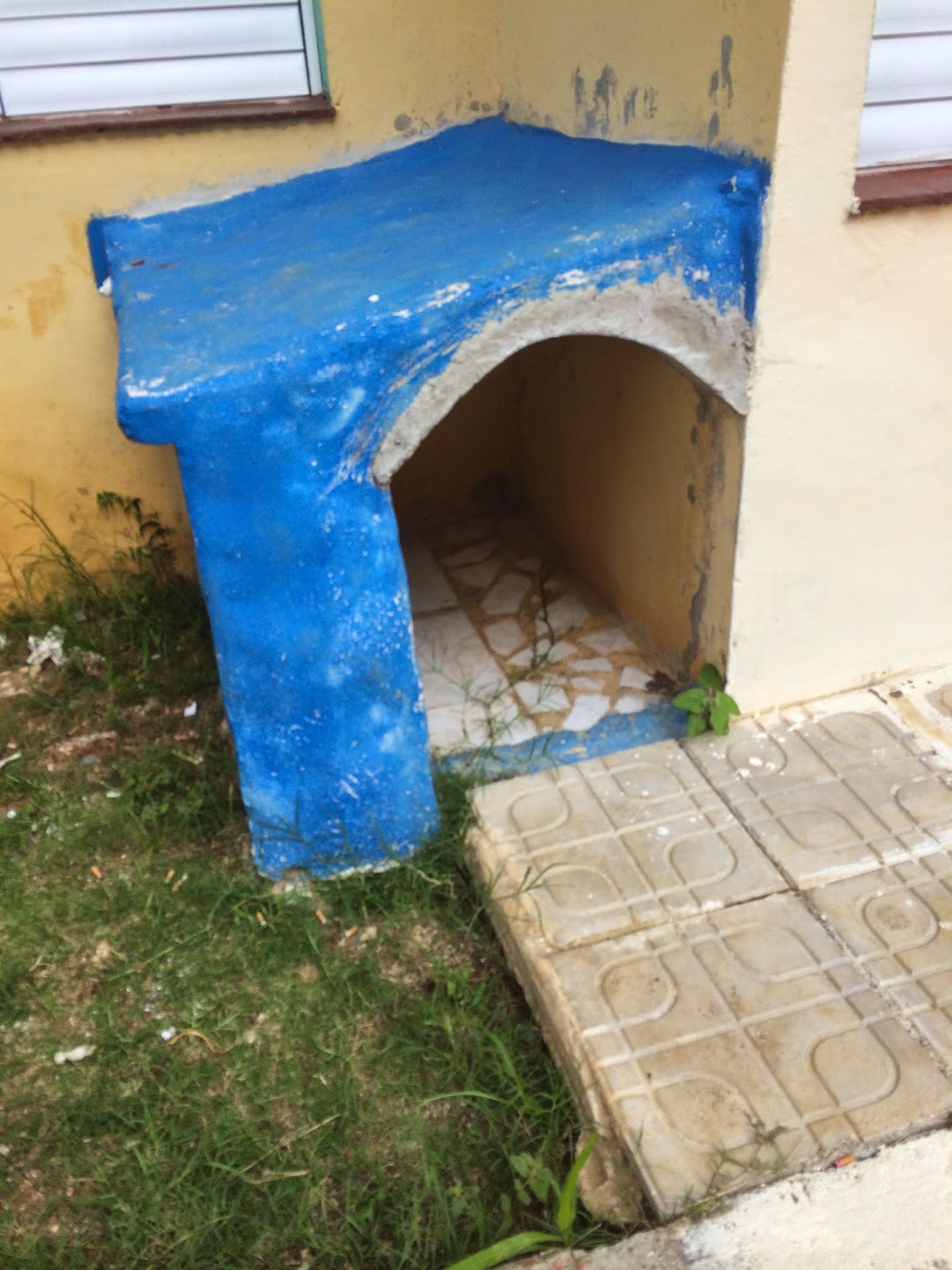 This today from Penn State News:

UNIVERSITY PARK, Pa. – By a unanimous vote, the Penn State Board of Trustees today (Jan. 16) approved the terms of a proposed settlement of the lawsuit relating to the Endowment Act. According to the settlement, the July 2012 Consent Decree between Penn State and the NCAA has been dissolved, and all punitive sanctions eliminated.

Under the terms of the new agreement:
$60 million will be dedicated in Pennsylvania to helping children who have experienced child abuse and to further prevent child abuse. Of the $60 million, the Commonwealth will receive $48 million to help provide services to child victims. Penn State will use $12 million to create an endowment that will be a long-term investment in expanding our research, education and public service programs to help eradicate child sexual abuse. All parties agree strongly that caring for victims and providing support for programs that help address the problem of child sexual abuse is of paramount importance.
The compromise restores 112 wins to the Penn State football program.
All other punitive sanctions also have been eliminated.

This post includes the statements of Penn State University's President and the Chair of its Board of Trustees.  Some comments then follow, not on what this means for Penn State--that is fairly obvious.  Instead I focus on the potential consequences of this agreement for the NCAA and its current investigations into scandals at other universities.

"Penn State is pleased that state Sen. Jake Corman, state Treasurer Robert McCord and the NCAA have agreed to a settlement of the lawsuit relating to the Endowment Act. According to the settlement, the University and the NCAA will enter into a new agreement that supersedes and dissolves the Consent Decree. We thank the parties for their efforts on this difficult issue. The settlement has several important elements.

“Sixty million dollars will be dedicated in Pennsylvania to helping children who have experienced child abuse and to further prevent child abuse. Of the $60 million, the Commonwealth will receive $48 million to help provide services to child victims. Penn State will use $12 million to create an endowment that will be a long term investment in expanding our research, education and public service programs to help eradicate child sexual abuse. All parties agree strongly that caring for victims and providing support for programs that help address the problem of child sexual abuse is of paramount importance.

“The compromise restores 112 wins to our football program. I know that all Penn State alumni will be gratified to see these 112 wins restored. These wins belong to the student-athletes, Coach Paterno and his staff, who represented Penn State both in the classroom and on the football field. All other punitive sanctions also have been eliminated.

“The compromise also recognizes the fact that the NCAA, as well as the Big Ten — which is a party to the Athletics Integrity Agreement, had a legitimate interest and concern about the Jerry Sandusky matter. Based on the overarching principles that govern both membership organizations (including the institutional control of athletics) and conversations with my fellow presidents that make up the governance of the NCAA and the Big Ten, I am convinced that they acted in good faith. I believe that the NCAA leadership had a good faith concern about and desire to address the issue of institutional control in this case.

“Penn State will continue our dedication to compliance and ethics that sets a national standard for athletics integrity as outlined in the Athletics Integrity Agreement.

“I want to thank Sen. Corman, Treasurer McCord, and the NCAA for their efforts to bring about an outcome that is in the best interest of Penn State. I also want to thank the hard-working students, staff and faculty at Penn State who have ensured the highest level of compliance and ethics. Finally, I want to make it clear that we have a tremendous alumni community that cares a great deal for Penn State. It is my hope that this agreement will continue the healing process for all.”

Statement from Board Chairman Keith Masser:

“I'm pleased all parties have reached an agreement, and I would like to thank Sen. Jake Corman and Treasurer Robert McCord for their efforts. Sen. Corman has been a tireless advocate for the Penn State community for many years, and his leadership has helped our University in tremendous ways.

“This agreement is good for Pennsylvania and the University. It will keep $60 million here in Pennsylvania for the fight against child sexual abuse, and it restores all football wins from 1998-2011.

“I am proud the University went beyond the requirements of the consent decree in the interest of the safety of children and students on our campuses, and to ensure proper oversight of University personnel. Those efforts twice led to the unprecedented rollback of sanctions.

“Penn Staters show every day that we are a compassionate community that remains dedicated to the service of our students and communities.”

1.  While the benefits of this agreement for Penn State are obvious, including respecting ongoing efforts to repair rifts with its quite generous alumni, the benefits of this agreement for the NCAA should not be underestimated.  The acknowledgement by Penn State's leaders that the NCAA "had a legitimate interest and concern about the Jerry Sandusky matter" (an odd way of referencing this very painful period) is meant somehow to limit the NCAA's exposure to liability in any future action related to all fo the complex actions stemming from its interactions with Penn State since the arrest of Jerry Sandusky for his sexual violation of children.  Whether or to what extent these statements will have legal value in future claims remains to be seen.  But it was certainly a smart move on the NCAA's part.  And it was not an unwise move for Penn State, as any number of stakeholders continue a conversation, sometimes quite contentious, about choices made since the arrest of Mr. Sandusky.

2.  The agreement quite wisely has acknowledged the distinction between institutional monitoring system, at the heart of thr NCAA's complaints against Penn State, on the one hand, and the efforts of Penn State's student athletes who had no connection either with the sexual abuse of with the institutional failures at the heart of the NCAA's actions. Those who suggest that the agreement amounts to another victimization of the victims (e.g., here) correctly notes that all of the litigation surrounding the "Sandusky matter" have not yet been completed and that the restoration appears symbolically to be a vindication of Mr. Paterno in the context of culpability.  But they fail to grasp that the NCAA's punishment was neither related to the breach of duty (assuming it will be proven) and more importantly, was not made after that breach was determined.  While one may appreciate the reports and internal investigations undertaken to date, such are no substitute for  determination of liability, one that generally precedes punishment.It is in this sense, certainly, that President Barron rightly notes that "These wins belong to the student-athletes."

3. The agreement also restores a measure of proportionality to the conduct of the NCAA in approaching issues of institutional failures within its rules.  The NCAA's agreement to permit the spending of the Penn State fines within Pennsylvania furthers this movement toward proportionality.  And it is here, rather than in the efforts against student athlete (indirectly) that one might best honor the victims of that horrible episode in Penn State's history. This portion of the settlement, certainly, is something that Chair Masser correctly points to as an important element of punishment, appropriately crafted.

4. The agreement also sets the stage for the NCAA's approach to its current investigations.  Expect to see a more cautious NACAA in these investigations.  Expect to see an NCAA that is more sensitive to its procedures.  And expect as well to see NCAA leaders avoid the temptations of hysteria, much in evidence in ots responses to the quite grave scandals at Penn State.  It will be refreshing, in a sense, to see the extent to which these agreements help the NCAA act in a more measured and thoughtful way as it exercises its quite important mandate.  Indeed, one already notes the difference between the rush to punishment for Penn State and the quite deliberate pace of the NCAA's action in the face of what might be decades of violations of core NCAA rules at the University of North Carolina (see, e.g., here).

5.  The agreement ought also to serve as a reminder, both within Penn State and for all institutions with monitoring and enforcement authority--that in this country there is a strong tradition both of effective enforcement of rules, but also of protection of those accused until liability is ascertained  pursuant to a deliberate and fair process. Punishment is fitting and necessary, but it also ought to be crafted to suit the crime and specifically targeted either on the offending conduct or the individuals responsible for that conduct. This is not an act of symbolism or emotion, but a grave undertaking that ought to be certain in its deployment and generous in the provision of fairness in the process. The larger the rift between action and a sense of the fairness of the process leading to punishment, the more likely that the punitive action will continue to seem unfair and unjustified.  That will, in the long run, undermine the authority of the enforcing institution, and the credibility of its leaders. This perhaps, may be the most important lesson of this agreement.
Posted by Larry Catá Backer at Friday, January 16, 2015

Email ThisBlogThis!Share to TwitterShare to FacebookShare to Pinterest
Labels: athletics, board of trustees, Freeh Report, litigation