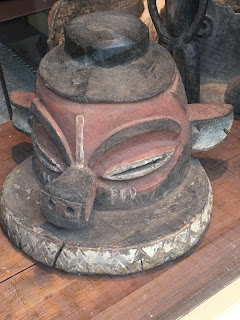 The Chronicle of Higher Education recently published an article in which it described some ranges of compensation for the top executive officers of public universities (Dan Bauman, Executive Compensation at Public Colleges Rises by 5%, With Texas Leading the Way, Chronicle of Higher Education 27 June 2017).  To no one's surprise, the news was big. . . bigger . . . and more! Beyond the presidents of two Texas universities compensated in excess of $1 Million, the article noted

The average pay of public-college leaders, including those who served partial years, was roughly $464,000 in 2016. Among presidents who served the whole year, average pay was slightly more than $521,000. Leaders who served full years at institutions surveyed in both 2015 and 2016 saw a pay increase of 5.2 percent. (Dan Bauman, Executive Compensation at Public Colleges Rises by 5%, With Texas Leading the Way,supra).

Most of these stories--along with stories of high pay for "star" academics and less for everyone else is justified either because of the inescapable workings of wage labor markets or because of the unique characteristics of the job or the person filling it.


Yet all of these methods--and the focus of pay generally, tends to focus on the individual.  Indeed, the personality of labor appears always to be bound up in the individual.  That is quite distinct from other forms of factors in the production of university wealth.  For other input factors, the general tendency is to understand them as a function of productive force--that is the relative cost of the factor relative to the quantity and quality of the production to which it contributes.

This post considers the problem of the valuation of labor in the university and suggests a possible approach to a usable measure of the value of labor production that makes it easier to treat together the productive value of administrative and faculty production.


So I wondered whether an approach like that might be useful in getting a better sense--not of the value of labor--but of the way in which "markets" or employers (as institutions) value the production generated by individuals as a function of what they are willing to pay per unit of productive effort. So let's think about salary as an output measure.  If we want to be able to compare the value of output it might be useful to determine the per unit cost of the input (in this case labor).  For comparability sake let us assume that everyone works 40 hour weeks (laughable but it provides a unit basis for purposes of comparison). Assume further that administrators work during all twelve months (52 weeks).  52 X 40 equal 2080 hours. Let us further assume that faculty work on 9 month contracts, (36 weeks). 36  X 40 equals 1440. So as a first cut assume administrators are paid for 640 hours of productivity in excess of that of faculty.

The per unit value of senior administrator time equals salary divided by total hours.  If we take the average salary from 2016 ($521,000 as reported in the Chronicle of Higher Education article cited above) and divide by 2080, the per unit value of production is $250.48.  That is the hourly value of the productive capacity of the average senior administrator.  Or, put differently, that is the value the institution puts on the productive output of the administrator. It is understood that the value of production is greater when benefits and other "perks" are factored in.  But for comparative purposes that need not be included.  It is also understood that the average would go down if the average of the university's senior leadership team was used.

The per unit value of faculty time time. also equals salary divided by total hours.  If we take a the average faculty salary of $79,424 (AAUP, Annual Report on the Economic Status of the Profession)and divide by 1440, the per unit value of the average faculty member is $55.16.  That is the hourly value of the productive capacity of the average faculty member producing teaching, research, and service functions. That is, this is the value the institution puts on the production of those commodities.  Again, average salary will vary sometimes significantly across ranks and regions, and will vary as well by university size and function (but then so of administrative salaries--so for purposes of comparison the variability is similar).

But, as a rough calculus--these numbers suggest some tentative assumptions, questions, and hypotheses that are worth considering further.

2.  Perhaps the difference may be explained in terms of risk.  Thus for example, senior administrators hold their positions at the pleasure of the Board.  Faculty tend to be tenured. Administrators must make decisions that are risky in terms of their career and the well being of the university.  As such, the difference in per unit production may include a "bonus" for risk.  Yet that difference is smaller than it might appear.  First most senior administrators also retain tenure, so that the risk they incur is the difference between harvesting the value of administrative per unit production rather than the smaller per unit production value of faculty.  Second, faculty positions have become more risky, and perhaps even riskier than those of administrators--especially faculty that are untenured, or that face the growing likelihood that issues of financial exigency or program closures could substantially terminate their positions.

3.  Beyond the very general insight that the per unit production of administrative production is more valuable to the institution than the per unit production of faculty,  one might wonder about the size of the difference in value. The difference in value, $195.32, is 3.54 times as large as the unit value of faculty productivity.  That is, administrative production is valued at more than 3.5 times the value of faculty unit production.  Yet it is hard to understand the foundation for this difference--or its justification where the justification must focus not on general invocations of "markets" but on the value to the institution of the production purchased. What this suggests is that the product of faculty labor is valued at 3.5 times less utility to the university than that of the senior administrator (less if the value of the senior team is averaged in of course).  I am unaware of any effort to provide a justification for the size of this per unit difference in value.  Even if one could generally accept that assumption that administrative production is more costly (or more valuable) to the institution than that of faculty, it is unclear how one gets from that premise to a gap of $195.32.  Even when the difference is reduced (by the inclusion of the lower average salaries of other administrators --and even deans) the difference will still be significant, and unexplained.

4.  University purchases of productive forces (in the form of administrative and faculty services) tends to be a significant part of its costs of production and an important factor in the calculation of its operating margins (one cannot speak of profits in this case).  Looking at this cost of production of university revenues from the perspective of per unit costs ($250.48 and $55.16) it becomes clear why universities purchase less administrator production units than faculty.  In other words, it makes sense that universities will purchase more faculty than administrators.  But it does not suggest the return on investment for the units purchased.  Universities do devote an increasing amount of effort to figure out the "profit" derived from each unit of faculty production (usually using crude measures tied to student contact hours and the like).  But a unit measure suggests the value of more sophisticated metrics for assessment of return on investment.  More importantly, it suggests the critical a critical gap--it is not clear that universities clearly understand (and they certainly have little to explain or justify) the return on investment per unit of administrative production purchased at a $250.48 rate (on average).

5.  The point is clear.  Salary data is not very useful as a measurement metric because it is so thoroughly embedded in the personal.  There is a contradiction in the current ideology that posits simultaneously that there are impersonal markets that drive salary and that salary is driven by the qualities of the individual.  But that serves a useful purpose--it detaches salary from both rigorous economic analysis (in terms of the utility of labor production relative to its cost) except in the most generalized and crudest measures (the usual has business executives--who constitute the greatest marginal per unit expense--reciting as an expected catechism that labor costs are too high and that as a result something amorphous (i.e. productivity) must be increased or labor costs reduced, usually through attrition). Yet that pattern does little to capture the realities of the way that labor is embedded in the business of academics either as a cost in the produciton fo units of value, or on the valuation of the "thing" produced through labor.

6.  Salary data, and indeed thinking about the value of labor generally (whether of the highest official or the lowest hourly worker) becomes most useful when it is tied directly tot he value of its output. Developing metrics for the standardization of value, then, would provide a basis for determining whether it is worth a difference of $195.32 to purchase an additional unit of administrative production rather than one of faculty or even staff production. But it would also provide a useful exercise is measuring the actual value of the per unit product of labor.  Just how much value does a unit od administrative production add to the institution--in a precise and quantifiable way.

7.  The issues over salary, then, ought to revolve around the relationship between the cost versus the value of units of production for the employer. That relationship--and the measure of costs--will be the same (that is there ought to be full comparability) irrespective of the unit producing costs/value. And it is precisely here that the greatest gap exists in university administration--where the value gap exists.  Universities have no capacity (or desire) to measure this!  What is the value of a unit of labor production to the university? What should be the difference between that value and its cost (that is what is the expected value added of production)? How is production identified (data) and against what are its costs measured and its value assessed? These are the fundamental metrics that ought to drive wages--whether of a university president or of an assistant professor or of the administrative assistant.
Posted by Larry Catá Backer at Sunday, July 09, 2017

Email ThisBlogThis!Share to TwitterShare to FacebookShare to Pinterest
Labels: AAUP, assessment, board of trustees, transparency