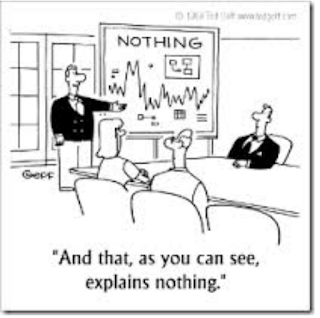 Those of you who follow my academic blog, Law at the End of the Day, have seen recent posting of PowerPoints through which I tried to synthesize the essence of the sub-systems that together make up the U.S. legal system.  In the process I have tried to capture for foreign lawyers the essence of the core values of American ideologies (of fairness and other baseline political principles), which are inscribed in quite different ways in the law.

One of the areas that struck my students as most curious was that of the ideologies and practice around administrative regulation.  The idea of discretion as a legal tool (outside of dictatorships and Marxist Leninist States) seemed curious. They might have treated those as political acts rather than the application of law. More curious still was the way that only recently, the Supreme Court reinforced a set of core principles through which the courts would review and if necessary overturn discretionary decisionmaking that appears to be arbitrary, capricious, or a hidden pretense.  They found it interesting to see the way that such principled constraints on exercises of discretion, even when undertaken by officials holding the highest appointed offices, could bve used to undermine important policy choices made at the highest levels of state.

What struck me more as I sought to lecture through this a as matter of public law--was the way that such constraints might well exposes the laww-less-ness of private administrators, and especially those in the academy.  Not to say that they are born bad; but merely to suggest, as the Supreme Court has just done in relation to the Secretary of Commerce, that no mere instrumentality of the administrative apparatus--public or private--ought to exist within an environment in which the core principles of fairness built into American law appear absent.

This post considers the great principles of checks on administrative discretion and the principles underlying them (hopefully written simply and not for lawyers).  It then poses the question: to what extent do the great role models of the American Republic; to what extent to those institutions which put themselves out as the forms of social, political, and economic organization that embraces wholeheartedly the core values of this nation; to what extent to the people in control of that apparatus feel the weight of responsibility for their discretionary decisionmaking reinforced by principles and outside robust checks? 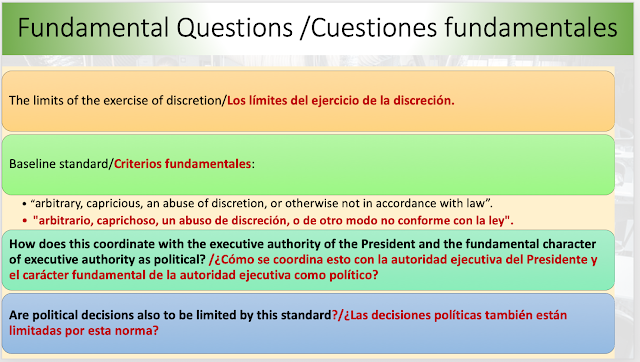 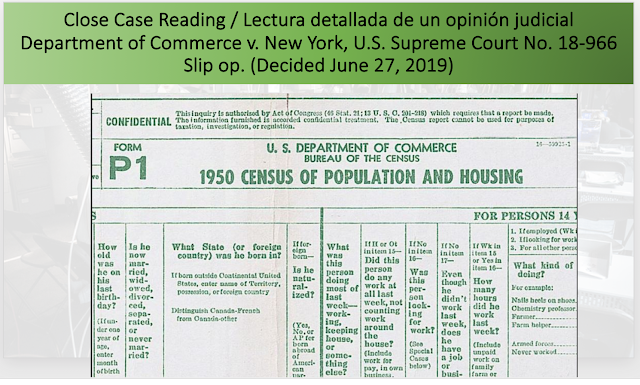 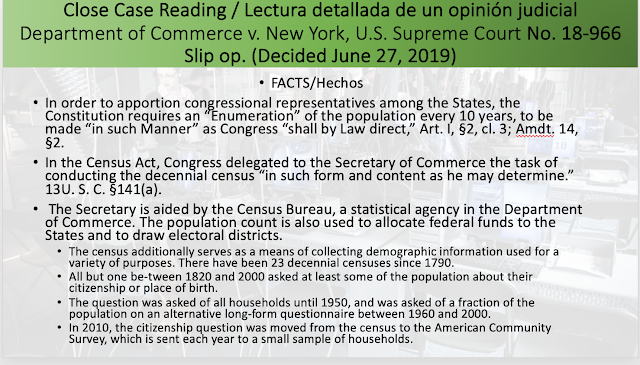 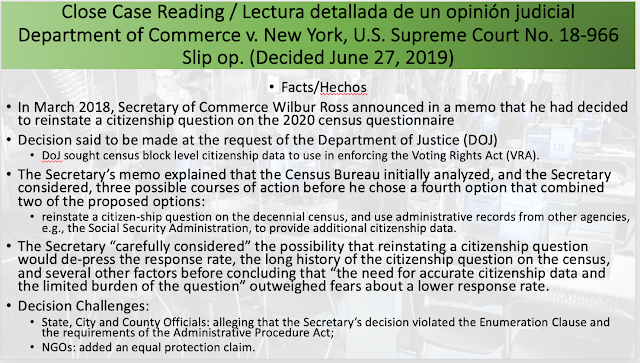 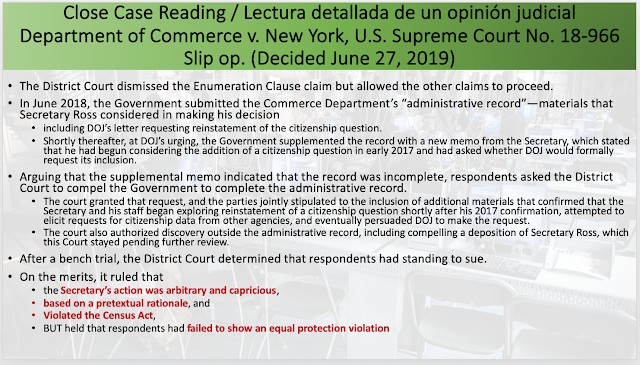 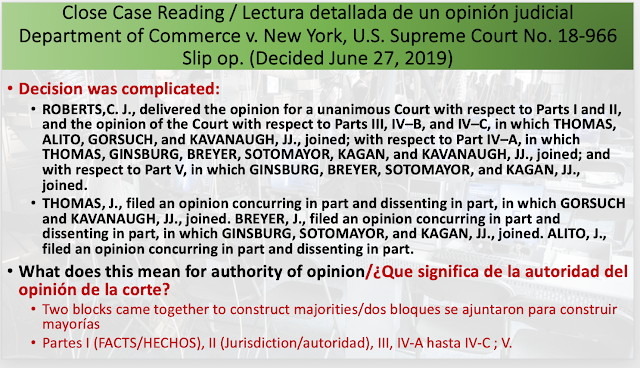 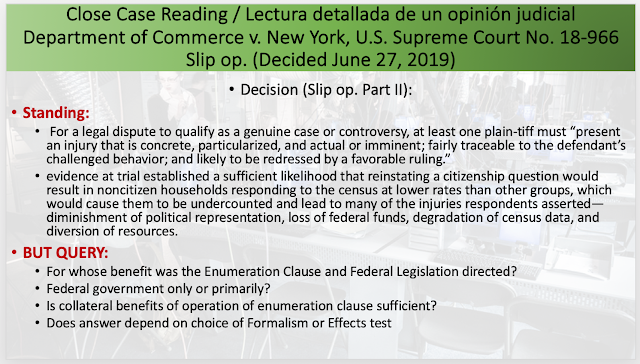 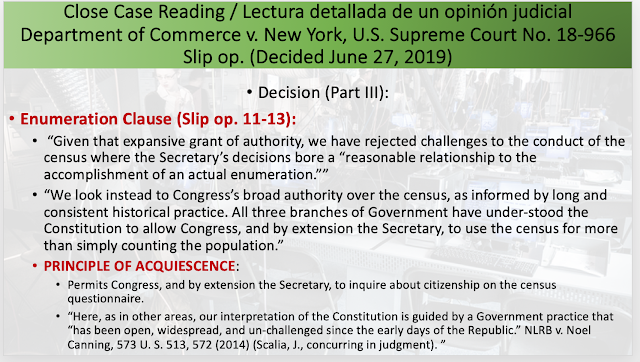 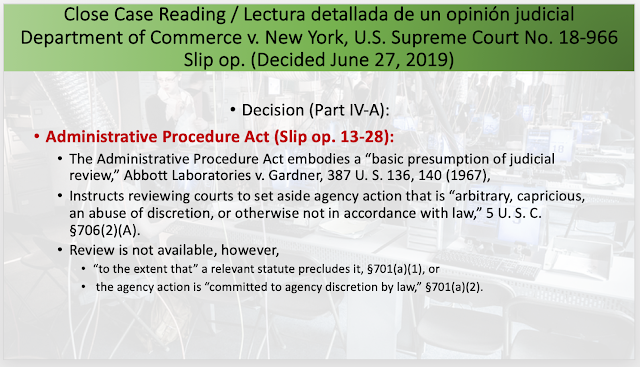 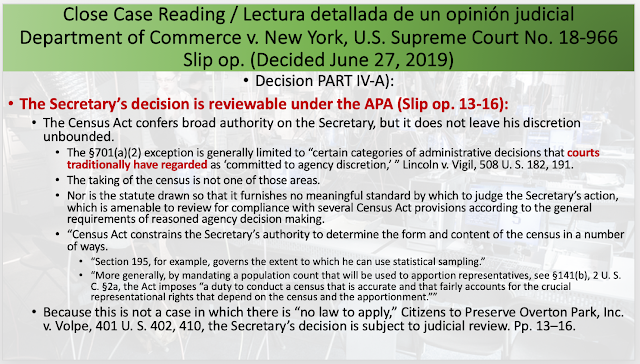 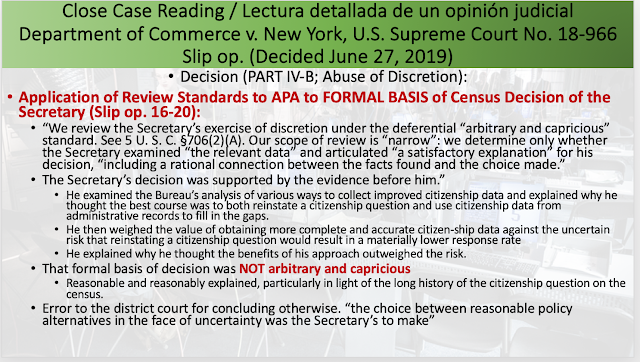 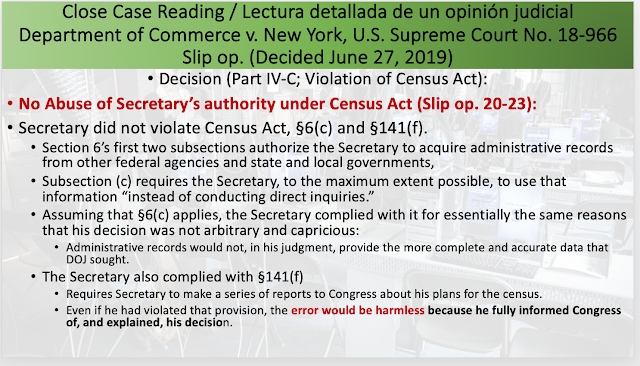 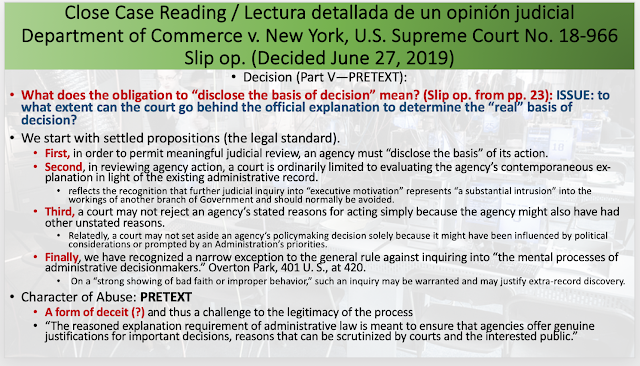 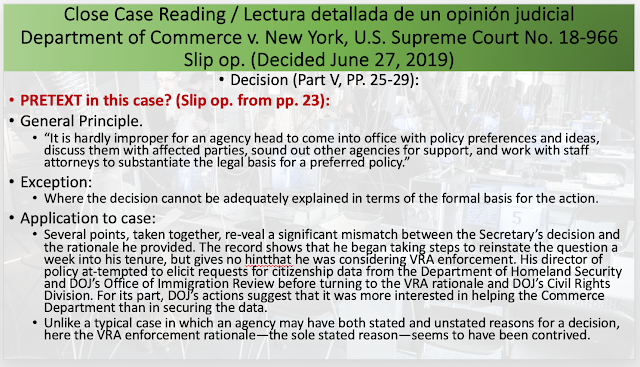 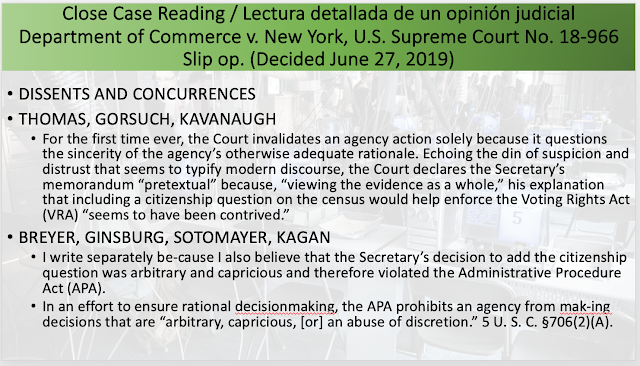 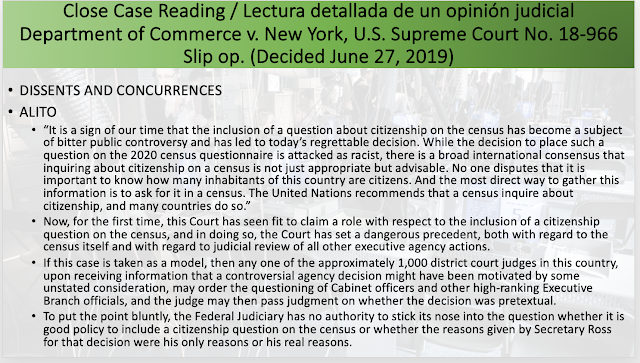 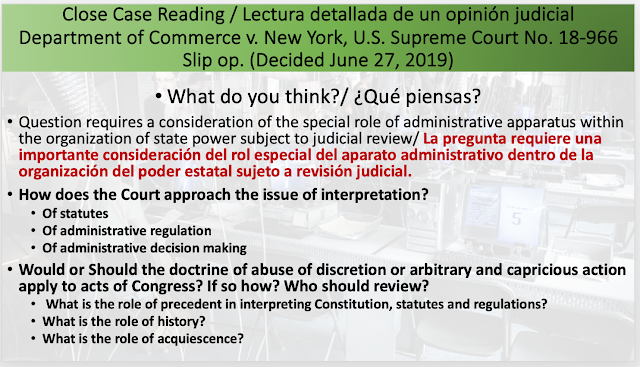 Several ideas worth considering here.  The first the the very broad protection given to exercises of discretion.  The second is the substantial weight given to official explanation.  The third is validity of incorporating political considerations in decision making, even one bound up in standards.  These provide little comfort to those who see in the rise of the administrative university state an arena in which rational choice grounded in standards will be possible. But it is the principle of pretext that merits some consideration. In this case the administrators were clumsy, or arrogant.  And then they over explained.  That in aggregate produced a set of explanations too many--and the doorway through which pretext could be considered. And yet even that little sliver, in the way discussed in the case, might offer the university a principle that could be usefully incorporated were it serious about how it approached the exercise of discretion by its functionaries.

And yet even here there is something that the university lacks:

1. Administrative cultures of reasoned opinions for decisions ("your request does not comply with our rules" is not enough. . . which rules? who were they interpreted? how did you choose to apply them?  etc., that is how might one judge the exercise of discretion).

2. Administrative cultures that tend to adhere to the principle that administrators must "defend their own."  There s a sense of personal ownership of decision making, and of a socialization producing a cohesive group that must preserve itself against what it might view as "outsiders", its decision "clients.  That not only belies their fundamental fiduciary role (they are instruments of the university, not personal messengers of a power power) but also contributes to the growing distance between those who are expected to decide and those who are expected to obey.

3.  Administrative suspicion of any robust mechanism designed to review their decision making and to subject to to the application of principle other than their own sense of their own objectives (usually received from somewhere else and constructed by them). Usually systems, to the extent they are permitted, are difficult to access, are even more difficult to navigate (especially where it is necessary to obtain evidence of conduct and intention), and most difficult to rationalize. They are reduced, in an ironic twist, to just another mechanism for the exercise of discretion by those already suspicious of challenges to acts of administrative discretion.
Looking through the rearview mirror of history, there is a sense that much more is possible.  That much more is grounded in additional principles and presumptions about administrative duty, and the character of challenge that was nicely reflected in the Census Case's "battle of the principles." For a slim majority of the court, the essence of fair bureaucratic functionalism must be grounded in a quasi fiduciary principle of transparency and loyalty.  Deceit is itself a breach.  And the actual connection between official explanation and objective an strong object of analysis.  That, sadly, in these times, is a step too far in the curbing of administrative abuse.