The longer I serve as Chair of the Penn State University Senate the more convinced I am of the importance of transparency.  And I do not mean the simpleminded sloganeering that passes for transparency among administrators eager to sound good but change none of their habits, or of faculty who like the word as a fetish but fail to embrace the obligations inherent in the concept.  I mean transparency in its two forms: engagement transparency and communicative transparency.  The former requires the production and dissemination of information necessary for key stakeholders to fully participate in shared governance.  The latter requires the publication of information that clearly provides information justifying or explaining actions taken. 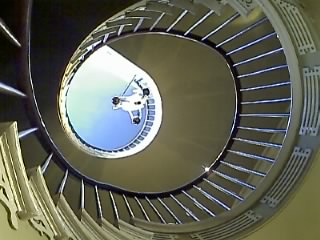 It is not enough to speak transparency as some sort of rhetorical trope or to wave it about like a wand that makes everything better.  Transparency is work,.  In stressful times, failures of transparency, especially where such failures go to the legitimacy of decision making and to the legitimacy of the system of governance in place, can make a bad situation worse.  Penn State provides a lesson in the good and bad of movement toward a more transparent governance structure.  Large institutions, in today's world, are constantly monitored by external organizations even if they are successful in reducing the effectiveness of internal monitoring and even as they seek to severely control the flow and content of information.  This post provides examples of the good and bad that is emerging as a result.  There are lessons here for all large organizations.


The first comes form a local outside monitor--State College.com., Six Steps to the Truth with Dr. Ed Ray, State College.com, Sept. 6, 2012.  It is meant to excavate evidence that suggests the rendition of events surrounding the NCAA sanctions might be interpreted in another way.  Here is an excerpt from the opening of the post, follow the link to the rest

There have been lots of emails popping up on Facebook and message boards that are supposedly from Dr. Ed Ray of Oregon State University. He was the Chair of the Executive Committee at the NCAA and stood on stage with Dr. Mark Emmert of the NCAA when the sanctions against Penn State were announced.

We were provided one of those emails, directly from someone who emailed Dr. Ray and provided Dr. Ray's response. Our technical staff analyzed the email headers and confirmed that the email did in fact come from Dr. Ray's email account at Oregon State University.

Our staff also emailed with Dr. Ray regarding the emails and his response and he personally confirmed that the content of the email was consistent with what he has said.

We then emailed Dr. Rod Erickson to get a comment from him on a few questions regarding the content of the emails. He did not respond. He passed our email to Dave La Torre, who kindly told us that they would not comment or answer any questions unless we had an official statement from the NCAA.

The most important content is in the second email below in paragraph 4. Which states:

"...there was no discussion of threats if the consent decree was not accepted."

"My presumption is that the usual enforcement process, which could take a year or two to reach a conclusion would have followed and in that process the possibility of the death penalty could have been considered by the Committee on Infractions which would have heard the case."

"Was there a real risk that the normal process would lead to a suspension of play for a year or more? Yes! So, there was a real risk of the death penalty if the consent decree was not signed but it was not in the package the two committees approved and we did not authorize any threats."

Here are those emails, decide for yourself:

The second focuses on the ties between the Freeh Group and the Second Mile.  This is meant to add depth and nuance to the work of that group and the focus of the pedophile investigation.  Bombshell: MBNA bank while Freeh was co-chair and general counsel was major corporate sponsor of Jerry Sandusky and Second Mile. Here is the opening of that post:

A copy of a document sent to me by a source and dated February 28,2000 ( a link is provided at the bottom) and further corroborated by other documentation has revealed that MBNA bank beginning in 2000 and throughout the entire tenure of Louis Freeh as the bank's vice chairman and general counsel, was a major corporate sponsor of Jerry Sandusky and Second Mile and continued to be throughout Freeh's tenure at the bank from 2001 to 2006 when MBNA bank was bought by Bank of America for $35 billion. Freeh at the time cashed in $20 million in stock options.

As the document shows, in April of 2000, less than two years after the 1998 Sandusky investigation, MBNA bank sponsored a testimonial dinner at Penn State to honor Jerry Sandusky. This relationship and sponsorship of Sandusky and Second Mile by MBNA bank continued while Freeh became the bank's vice chairman and general counsel.

In addition, evidence shows that Ric Struthers, vice president and head of the credit card division at MBNA bank and a close friend and colleague of Freeh sat on Jerry Sandusky's Second Mile board of directors at least until 2006.

Whatever the truth of the information provided in these posts, they revealone of the consequences of less than robust programs of transparency in times of stress. The Freeh Group problem goes to communicative transparency.  There was little attempt at public disclosure of the relationships between the Freeh Group and its principles and any of the actors at Penn State.  That may come back to haunt the investigation and suggest cionflicts that detract from the independence and legitimacy of that work.  If there was such a close tie, might Mr. Freeh have been eager to direct the investigaiton away from his involvement and focus on others.  That is the intimation that might have been admitted and confronted before the investigation commenced.  That it did not speak may have significant consequences.

The discussion about the process leading to the NCAA sanctions goes to engagement transparency: Had there been greater disclosure, or at least a greater willingness to broaden the scope of engagement to stakeholders other than the small group actually consulted, these lingering stories might not be given such play.  Instead, this constant tickle of information and nagging doubts, like water on a rock tends to wear away the legitimacy of the decision and weaken the position of the university going forward.  The paranoia and secretcy that we are told surrounded the entire process of NCAA investigation suggests something covert, wrong and unfair that has continued to fuel the anger and sense of failure of process that dogs the process of moving forward.  The fault for that rests with all parties.  The NCAA and its mania for secrey created the conditions where arbitrariness and disrespect for the rule of law could be perceived to have been privileged.  The university's willingness to accept the star chamber approach to sanctions at precisely the time when the general consensus was that secrecy and unaccountability were the principal causes of the failures at Penn State compounded the difficulty.  The failure to seek to engage stakeholder at Penn State to at the NCAA only fed the process that continues to produce stories like that from State College.com.

Transparency failures thus continue to haunt Penn State.   Transparency failures continue to dog the Freeh Group Report, eroding its legitimacy. Neither consequence was a necessary result and both failures continue to distract from the critically important work of moving forward in the face of realities that can hardly be evaded. There is an element of tragedy here--these failures were produced by well meaning people who were acting under conditions of stress for the good of the university as they then understood it.  But as conditions changed the need for the time to contemplate those changes and act accordingly was not available.  The appearance of choice (for Penn State) was illusory.   Thus the tragedy.  Yet even tragedy contains something positive, in this case important lessons that should shape the structures and objectives of governance going forward.
Posted by Larry Catá Backer at Sunday, September 09, 2012

Email ThisBlogThis!Share to TwitterShare to FacebookShare to Pinterest
Labels: board of trustees, Freeh Report, proceedings, transparency