The Obligations of Transparency--Omnidirectionality, Mutuality and Good Faith

I have been writing of the obligations of transparency in its two principal forms.  As communicative transparency, this embodies the obligation on the part of the speaker to provide a sufficient amount of information in a timely manner that conveys what is necessary for stakeholders to understand actions undertaken, or that acknowledges communication received or that explains the nature of basis of a decision.  As engagement transparency, it provides  information sufficient for stakeholders to fully participate in decision making to the extent appropriate to the decision.  I have also suggested the challenges to institutional programs of actions in the face of failures of communicative and engagement transparency, and the potential for significantly adverse distraction from even significantly positive institutional objectives. 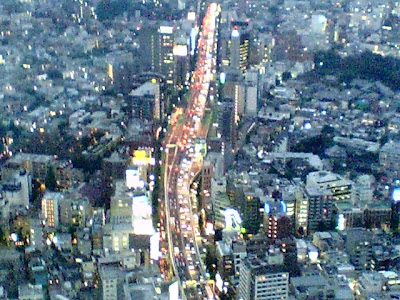 In a prior post I suggested the consequences of a failures to produce and distribute information in a unidirectional context (e.g., On the Importance of Transparency and the Relentless Pursuit of Knowledge in the Sandusky Affair--Governance in a New Era). This post suggests the consequences of failures of interpretation, and the distortions of transparency possible where transparency is conducted as a uni-directional exercise and where the parties acknowledge a right to information but not the obligation to receive it.  Failures of mutuality can distort the communicative and engagement aspects of transparency. Penn State again provides a good illustration of the failures of mutuality in communication--in which the production of communication that adheres to the forms of transparency might mask agendas far removed from the formal object of a transparency project.


Omnidirectional transparency produces a closer approximation of information welfare maximization, the failures of which produces not merely informational asymmetries but also the very real likelihood that information will be misinterpreted and analysis (and action) distorted.  Information harvesting and distribution, like information consumption is a constant and interactive activity.

Consider the failures of omnidirectional transparency in the context of the debate about the legitimacy of Penn State's acceptance of the NCAA sanctions.  As we saw in the last post (e.g., On the Importance of Transparency and the Relentless Pursuit of Knowledge in the Sandusky Affair--Governance in a New Era) it was clear that information was harvested and distributed to a particular end.  That information was received, in the sense that it communicated knowledge that might, standing alone, feed a sense that its meaning necessarily required the conclusion that the actions on which the university bases its conduct going forward were illegitimate as founded on falsehood.  But that interpretation is possible only in the absence of a sense of the omnidirectional nature of transparency and a determination to refuse to receive information that has also been communicated but absent from the calculus of interpretation and conclusion.

But to what extent are conclusions based on one set if information changed when considering in light of another set:  Consider in this light the following statement of President Rodney Erickson recently made: