From Academy to Enterprise; the Transformation of the University, the View From the U.K.: Ben R Martin, "What’s happening to our universities?" 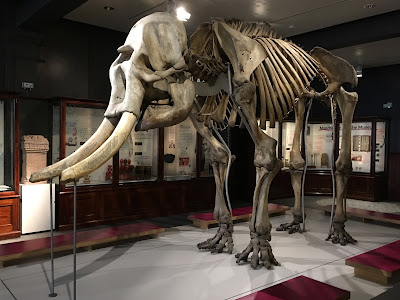 For years now I have been speaking to the corporatization of the American university.  I have suggested the way that this shifting of the American university model has begun to shape the educational mission as well (e.g.,Made to Market Education and Professionalization in University Education).  The university has become a creature of its compliance officials--and as a consequence has sought to inhibit risk taking (e.g.. The Riskless University and the Bureaucratization of Knowledge: From "Indiana Jones" to Central Planning; What is the University?: De-Centering Education in an Age of Risk and Regulatory Management). And it uses the cover of the market to make decisions that substantially change the character of the institution (Economic Determinism and the University--Considering Voluntary "Early Retirement Packages" to Tenured Faculty).

The move toward hierarchy and the autonomy of an administrator class increasingly remote from the production and dissemination of knowledge has changed the nature of shared governance ( "Now THIS is Shared Governance"; "NOW this is shared Governance"; "Now this IS Shared Governance": Embedding Faculty Within the Bureaucratic Machinery of Authoritarian Regimes; Presentation at the American Association of University Professors (AAUP) 2013 Annual Meeting: Shared Governance Under Stress).  It has produced incentives toward the de-professionalization of the professoriate (Irony and Incoherence in the "Professionalization" of University Education; ). But de-professionalization and the construction  of autonomous and remote administrator cultures make the basic character of enterprise culture easier to realize--the substitution of centralized planning for shared governance, and the shift in the driving force of university organization from the faculty to the financial officers of the university (Central Planning and the University: What is So Bad About Administrative Management of Knowledge Production and Dissemination?).

And, of course, with the move toward a corporate model comes the natural consequences. First there is a tendency to expand the disciplinary authority of administrators and based on an obedience model (The Disciplinary University Factory--Faculty Discipline and De-Professionalization as Officials move to Expand Faculty "Misconduct" and Its Control).  Second, there is a move toward the limitation of access to information (Limiting Access to Faculty Organization Archives and Records--When Administrative Gatekeepers Abuse Their Authority and Undermine Shared Governance);Outcome Measures, Transparency and the Failure of Universities to Cultivate Effective Service Missions). Related to this is the development of a host of techniques designed to undermine governance even as they appear to enhance it (At the 2015 AAUP Annual Conference: Remarks, "Undermining Academic Freedom from the Inside: On the Adverse Effects of Administrative Techniques and Neutral Principles" and PowerPoint of Presentation "Developing Social Media Policies for Universities: Best Practices and Pitfalls").

In these contexts, unionization seems inevitable: for the graduate student seeking to protect the integrity of her study objectives against exploitation; for the adjunct and contract faculty member seeking to compensate for precarious working conditions in markets where instructors are fungible commodities; and for the student athlete seeking to reduce exploitation and capture some of the value added to the university through sports. Graduate student unionization might well be only a harbinger of the changes in labor relations that senior administrators have effectively brought on themselves. Indeed, the new narrative was built, brick by brick, by a generation or more of administrators whose choices were justified at virtually every step on the basis of the “market,” the “regulator,” the “alumni,” and so on. That the reaction among graduate students and faculty have neither come sooner nor been more aggressively pursued speaks to the extraordinary staying power of the idealized master narrative of the university even in the face of changing realities. (The University in the Age of the Learning Factory: Dueling narratives in the culture war around higher education," Academe (American Association of University Professors (Nov/Dec 2017)))

Similar changes appear to be coming to universities in the U.K. as well. Ben R. Martin has written a marvelous essay considering the challenges that face U.K. universities:  "What’s happening to our universities?", SPRU Working Paper Series (SWPS), 2016-03: 1-26. ISSN 2057-6668. The article appears in Prometheus: Critical Studies in Innovation Volume 34, 2016 - Issue 1

The article is worth a careful read.  The Abstract and introduction follow. The article generated some interesting discussion also well worth reading. Links to those articles also follow.

WHAT’S HAPPENING TO OUR UNIVERSITIES?

Abstract
In recent decades, many universities have been moving in the direction of a more hierarchical and centralised structure, with top-down planning and reduced local autonomy for departments. Yet the management literature over this period has stressed the numerous benefits of flatter organisational structures, decentralisation and local autonomy for sections or departments. What might explain this paradox? And why have academics remained strangely quiet about this, meekly accepting their fate? The paper critically examines the dangers of centralised top-down management, increasingly bureaucratic procedures, teaching to a prescribed formula, and research driven by assessment and performance targets, illustrating these with a number of specific examples. It discusses a number of possible driving forces of these worrying developments, and concludes by asking whether academics may be in danger of suffering the fate of the boiled frog.

Amongst academics, one senses a growing dissatisfaction, disillusion or even despair with life in universities (e.g. Burrows, 2012; Gill, 2009; Ginsberg, 2011a; Haack, 2013). In discussions with colleagues from other institutions, virtually all speak of increasing frustration with their university, whether that university is in my own country (the UK), or elsewhere in Europe, or in North America or Australasia. (I am less familiar with the situation in Latin America, Africa and Asia.) All have tales of the latest management idiocy, of some new bureaucratic nonsense, of a patronising instruction as to how to teach, of the latest crude ‘performance target’ they must meet in their research.1

It is puzzling what might be driving all this. Why, when the management literature of the last two decades has stressed the benefits of flatter organisational structures, of decentralisation and local initiative, of flexible and ‘lean’ systems and processes, have many universities been intent on moving in precisely the opposite direction of greater centralisation with a more hierarchical organisational structure, top-down management and decreased local autonomy for departments, and ever more cumbersome and intrusive procedures? Why, when academics are so quick to criticise other organisations for bureaucratic inefficiency, do we seem so keen on creating ever more exquisite forms of bureaucracy in our own institutions? Why, when the literature on pedagogy points to the dangers of intrusive micro-management, do we believe that teaching to some centrally designed template is the way forward? Why, when it is well known that the application of performance indicators encourages blatant game-playing to maximise one’s ‘score’ on the designated indicators and a neglect of other activities which, however worthy, are not captured by the chosen metrics, do we assume that this approach will result in ever more ‘excellent’ research with ever greater ‘impact’? And, perhaps most surprisingly, why when one could hardly imagine a more intelligent and articulate group, nor one better placed to make its views heard, have academics (with just a few exceptions2) remained so quiet and meekly acquiescent to their fate?3

This article considers four main types of problems relating respectively to top-down university management, bureaucratic administrative procedures, teaching to a prescribed formula, and research driven by assessment and performance targets. The analysis draws upon a range of illustrative examples. It should be stressed that these are real examples based on extensive discussions with numerous academic colleagues from higher education institutions round the world. They should not necessarily be interpreted as a reflection of problems within my own organisation. The reader will doubtless recognise many of the problems as ones present in some form or another in their particular institution.

In what follows, after a brief review of the literature and what it reveals about the relationship between organisational structure and the performance and effectiveness of organisations, we examine examples of the four types of problems. This is followed by an analysis of the possible causes or drivers of these growing problems, including the search for ever greater ‘efficiency’, the rise of ‘the audit society’, the continuing development of ‘new public management’ (including its digital offshoot – see e.g. Dunleavy et al., 2005), the escalating international competition in which all universities are now drawn, the growth in the numbers of administrative staff, and a number of other factors such as the growing reliance on ‘head- hunters’ to help fill senior university positions. The article concludes by asking whether academics are in imminent danger of suffering the fate of ‘the boiled frog’.


1 I do not attempt to deal here with another recent and worrying trend in academia, namely that concern with ‘micro-aggression’ and ‘safe space’ has reached such a pitch in many universities that the principle of free speech is in danger of being considerably eroded.

3 “In some [universities], the faculty has already surrendered ... This seemed to be the upshot of a conference on academic freedom and shared governance held in 2009 by the American Association of University Professors” (Ginsberg, 2011a, p.2).