Practicing Transparency at Penn State and the Consequences of Failure

The recent meeting called by the Penn State board of Trustees (The Penn State Board of Trustees and the NCAA: "Punitive" Sanctions and "Unfortunate" Process Choices) reminds us that transparency and engagement--even at the highest administrative levels of the university remains merely a work in progress. 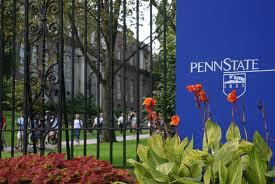 But a failure of university officials and board members to practice what they are now preaching, and more importantly, a failure by our senior administrative leaders to "drill down" that culture of transparency and engagement to unit and department administrators, and soon, can have some repercussions with respect to which the university will have little control.  This post considers two of them--the first is legislative action by the state, increasingly impatient with what appears to be an "all talk no action" strategy and the press, frustrated by an inability to work, as it must, as a medium for transparency in its information dissemination aspect.  The NCAA Consent Decree can be DOWNLOADED HERE.

Too much power is concentrated in the job of Penn State president and too little information is shared by a university that receives taxpayer support.

Those were two of the points Pennsylvania Auditor General Jack Wagner made Thursday during a news conference in the state Capitol. He held it to highlight changes he said are needed at Penn State in the wake of the Jerry Sandusky scandal and the institutional shortcomings found in the Freeh report. Further recommendations will be part of a report he said will be completed in 60 days.

“If there’s any point I want to stress today, that’s the most important point: that Penn State does not operate in an isolated fashion. It cannot operate in secrecy,” Wagner said. “Decisions made at Penn State are decisions that impact the commonwealth of Pennsylvania in addition to that university.”

Among the recommendations Wagner made are that the president should not sit on the board of trustees, that Penn State should be fully covered under the state’s Right-to-Know law and that “the culture at the highest level of this university must change.”

Overall, he said Penn State needs to do a better job of living up to the goals of transparency and accountability and that structural changes are needed to make that happen.

Action from legislators would be needed to change how the Right-to-Know law applies to Penn State and other state-related universities. They’re currently exempt from many of the same requirements as public institutions.

Wagner said while there could be exceptions, “the majority of what happens should be made public.”

When asked about Penn State President Rodney Erickson’s decision to accept NCAA sanctions, Wagner said he thinks that should have been discussed with the entire board.

He said while certain information can be discussed privately, final action should be dealt with publicly.

“There is a continuation at Penn State University to operate in an isolated fashion without any public scrutiny on certain very important decisions impacting the university,” Wagner said. “We want to see transparency and accountability.”

• making the governor a nonvoting member to address concerns about conflicts of interest.

• Changing the quorum level at board meetings so a majority of the 32-member board would need to be present rather than the 13 currently required.

On the recommendation that the president shouldn’t be a voting board member, Wagner said the president is secretary of the board, sets the agenda for board meetings and sits on the executive committee, which makes decisions without consulting the entire board.

The impatience of the press was also noted in an editorial: Our view: So much for more openness from Penn State, trustees, Centre Daily Times, July 27, 2012

Despite proclaiming to embrace a new spirit of openness and transparency, Penn State’s board of trustees reacted to the news of NCAA sanctions by calling a hasty and unannounced closed-door meeting.

Wednesday evening, the trustees gathered at The Penn Stater Conference Center to debate and discuss President Rodney Erickson’s handling of the NCAA consent decree, which left the university facing several severe penalties but not the so-called “death penalty” for football.

The meeting was not advertised and was not open to the public.

In fact, barriers were set up at the ends of hallways to keep reporters from seeing the closed door to the room where the board members were meeting.

Not only did the board activity run contrary to transparency, it pushed the limits of the Sunshine Act — which requires agencies supported by public dollars and representing public interests to hold their meetings in the open.

Melissa Melewsky, media law counsel with the Pennsylvania Newspaper Association, said that, in her opinion, the meeting should have been open — even though the trustees did not vote on any actions or policies.

“We have a law that requires openness,” Melewsky said. “The sunshine law requires that deliberation and votes need to be public. But the fact that no vote was taken doesn’t matter.”

These are certainly unprecedented times for Penn State and its governing board.

We don’t take issue with board members wishing to meet with Erickson and hear more about the decision to accept the NCAA sanctions, which include a four-year postseason ban, a loss of scholarships, the vacating of wins from 1998 to 2011 and a $60 million fine.

And we understand the frustration of those who said they wish they had heard more about the NCAA penalties before Monday morning’s announcement.

But the Sunshine Act exists for a purpose: to keep public organizations honest — especially in troubling times.

“The board needs to tell why they thought the session didn’t need to be public, or advertised,” Melewsky said.

In fact, most board members denied that such a meeting was even taking place.

In the end, the board took no action — that would have been a clear law violation — and ultimately supported Erickson’s handling of the penalties.

“This is an organization that gets a significant portion of its funds from public dollars and whose actions affect many lives,” Melewsky said.

Whether or not Wednesday night’s clandestine gathering was in violation of the Sunshine Act, it certainly ran contrary to Penn State’s pledge to be more open.

We look forward to the day when a promise to be transparent is actually fulfilled.


The consequences can be significant.  For Penn State to avoid having others control its fate it must appear more willing to lead, and it appears, to lead decisively on the issue of transparency.  For those at Penn State who continue to believe that things can return back to pre-Sandusky "normal" once the scandal blows over, there is further bad news. Even Penn State's friends in the legislature are gently suggesting a greater appearance of commitment to change in ways that resonate not internally but externally among Penn State's critical constituencies.

If friend and foe of the university become convinced that transparency and engagement is no more than a change in rhetorical stance designed to veil a desire to preserve the status quo, then there may be even more changes imposed from outside the university.   Change is hard, especially for those who have operated for many many years under a system whose legitimacy is no longer easy to defend. But it is not just habit and advantage that makes change hard.  The reason is easy to explain: while language, and its catechisms, are easy enough to change, changing markets and market incentives--which affects as many constituencies outside as inside the university, will be an altogether different matter. Thus, for example, the disconcerting thing about the NCAA sanctions announcement  the other day was the knowledge that even as those university CEOs were waxing eloquent on their moral high horses about PSU, their own universities continue to operate almost substantially as PSU did before the scandal. That makes the environment for change very unfriendly, and culture changes, accountability, openness and engagement that much harder to effectuate. Markets, market incentives, and the cultural consequences of those incentives, remain unchanged--at least outside of State College. And it may be difficult to realistically believe that many university presidents with large income athletics programs may be deeply committed in their own universities  to changing their engagement in markets for students athletes and the structures of athletics that feeds the public spectacles that are necessarily produced thereunder. The issue that must be confronted is that of articulating appropriate checks and balances on the business model for high income athletics.  But too many people, inside and outside the university, have too much at stake for anything but changes at the margin. And it is with those marginal changes that we might have be be content.  But those marginal changes will not satisfy two of Penn State's important outside constituencies--the state government and the press.

Email ThisBlogThis!Share to TwitterShare to FacebookShare to Pinterest
Labels: board of trustees, transparency