A Report From the AAUP: "The Role of the Faculty in Conditions of Financial Exigency"

Increasingly, administrators and governing boards are making budgetary decisions that profoundly affect the curricula and the educational missions of their institutions; rarely are those decisions recognized as decisions about the curriculum, even though the elimination of entire programs of study (ostensibly for financial reasons) has obvious implications for the curricular range and the academic integrity of any university. (AAUP, The Role of the Faculty in Conditions of Financial Exigency, Executive Summary)

These developments are addressed in a new draft report issued by the AAUP, The Role of the Faculty in Conditions of Financial Exigency .
Download: 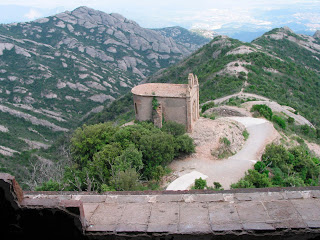 (Pix (c) Larry Catá Backer 2013)
Though one may not agree with the details of the proposal made by the AAUP, the focus on budgets and its collateral effects on the core relationship of faculty to the university and to the fundamental values of shares governance cannot be ignored.

The Report seeks to respond to the "backdoor" challenge to academic freedom and curricular autonomy through the techniques of budgetary adjustments in two ways.  First the Report proposes actions that are meant to ensure the faculty’s primary role with regard to program closures.  And second, the reports proposed revisions to the AAUP’s Recommended Institutional Regulations on Academic Freedom and Tenure.

More from "AAUP, The Role of the Faculty in Conditions of Financial Exigency, Executive Summary":

First, as to governance and consultation, we insist that faculty members must be involved in consultation and deliberation at every stage of the process, beginning with a determination that a state of financial exigency exists. Specifically:

-Before proposals for program discontinuance on financial grounds are made, the faculty should have the opportunity to render a written assessment on the institution’s financial condition.
-Faculty bodies participating in the process should be drawn from the elected faculty senate or elected by the faculty at large; they should not be appointed by the administration.
-The faculty should have access to detailed, comprehensive financial information.
-The faculty should determine whether feasible alternatives to termination of faculty appointments have been pursued.
-Faculty members in a program being considered for discontinuance because of financial exigency should be informed in writing that it is being so considered and given at least thirty days in which to respond. Nontenured as well as tenured faculty members should be involved.


Second, this report proposes a more detailed and specific definition of “financial exigency” that will extend the standard of exigency to situations not covered by our previous definition. The new definition names a condition that is less draconian than that in which the very existence of the institution is immediately in jeopardy but is significantly more serious and threatening to the educational mission and academic integrity of the institution than ordinary attrition in operating budgets. Financial exigency can legitimately be declared only when substantial injury to the institution’s academic mission will result from prolonged and drastic reductions in funds available to the institution and only when the determination of the institution’s financial health is guided by generally accepted accounting principles. Financial exigency is not a plausible complaint from a campus that has shifted resources from its primary missions of teaching and research toward the employment of increasing numbers of nonacademic administrators or toward nonacademic capital expenditures.


The report is published for comment; revisions may be made after comments are considered. Please send your feedback to Jordan Kurland (jkurland@aaup.org) by March 1, 2013.
Posted by Larry Catá Backer at Tuesday, January 15, 2013