As part of my remarks at the October Penn State University Faculty Senate Meeting I mentioned the work of a new Self Study Task Force:

Last, I think the lessons of governance reform ought to be applied to the Senate as well. To that end, I have charged a Senate Self-Study Committee, chaired by Mohamad Ansari. Periodic self-study is a vital part of institutional renewal. It is an exercise that helps maintain an institution’s relevance and connection with its members. It provides a chance for reflection on the large issues of governance and the institutionalization of the faculty voice within the context of university shared governance. Self study also provides the Senate with an opportunity to take a hard and dispassionate view of itself and to reorganize itself so that its organization complements those of the administration (and its operations) and is consistent with the priorities of university strategic planning in ways that most effectively provides voice to issues of greatest concern to faculty. This is expected to be a major task. Everything is on the table: including the current organization of the Senate whose work is now split among 15 standing committees and a Senate Council, the production of altogether too many informational reports, the effectiveness of the Senate processes for engagement with its members and the faculty at large, and the organization of the administrative offices of the Senate—its budget, autonomy, and operations. 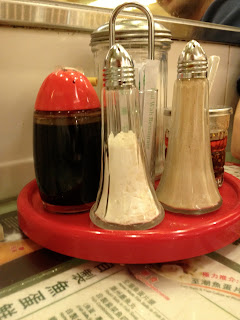 Here is the Committee Charge: Senate Self-Study Committee Charge 9/17/12. The Committee has been hard at work and is preparing a forensic discussion for the January Senate meeting.  I have included here the text of the forensic report.  In subsequent posts I will be discussing my own views about the scope and direction of necessary change for a revitalized Senate institutional structure.  I urge anyone with ideas or suggestions to contact the committee chair before the January meeting so that he may have an opportunity to address your input.

STATEMENT OF THE CHARGE

Periodic self-study is a vital part of institutional renewal. It is an exercise, which helps maintain an institution’s relevance and connection with its members. It provides a chance for reflection on the large issues of governance and the institutionalization of the faculty voice within the context of University shared governance. Self-study also provides the Senate with an opportunity to take a hard and dispassionate view of itself and adjust its organization so it effectively provides voice to issues of greatest concern to faculty, is consistent with the priorities of University strategic planning, and complements the operations of the administration.

In November 2001, Senate Chair John Nichols constituted the last Senate Self-study Committee with George Franz as chair. This Committee was charged “To do some blue sky thinking about how the Senate can do a better job and seek ways to give the faculty at large a greater sense of ownership in what the Senate does.” Chair Nichols additionally charged the committee, “To Make specific recommendations about how to improve Senate organization and procedures.”

On September 17, 2012 the Senate Self-study Committee was charged by the Senate Chair Larry Backer. The Committee's charge is divided into two parts. First, the Committee is charged to do a substantial amount of creative thinking about the ways in which the Senate could do a better job in its shared governance role and provide faculty with a greater sense of engagement. Second, and more specifically, the committee is charged as follows:

Since the charge meeting, the Committee has been engaged in an open communication with the University Community for seeking innovative ideas, concepts, and recommendations. To be specific, the Committee has convened the following meetings:

The Senate Self-study Committee has been charged to address the structure, communication, and organization of the University Faculty Senate. For that purpose, and among other things, the Committee seeks guidance and input from the Senate on the following topics:

Senate Organization. The Senate is currently organized around 15 standing committees, a Senate Council, four elected Senate Officers, and an Executive Director appointed by the Executive Vice President and Provost.

• Should the Senate operational structure be changed to mirror the division of administrative function? For example, Campuses, academic affairs, global programs, human resources, student affairs, research, world campus.
• Should the Senate adopt a different organizational structure to increase its efficiency and effectiveness?
• What changes would make the Senate a more effective representative body of the faculty with a greater positive impact on the University?
• How could the Senate become more nimble? A mechanism by which the Senate is able to act more quickly and decisively in response to matters of serious concern.


Senate Administrative Offices. The Executive director is appointed by and reports to the Executive Vice President and Provost who also allocates the budget of the Senate. The Senate office staff provides support for administration of the work of the Senate.

• To what extent do the responsibilities of the Executive Director and
• Administrative Staff' of the University Faculty Senate optimally serve
• the Senate?

Communication. For some Senators, there is a lack of communication between the Senate and the faculty in their departments and units. Communication among all Senators, beyond the Senate meeting itself, is rare. However, there are group engagements within some of the unit caucuses and the Commonwealth Campus caucus.

Membership and Engagement. There is a sense that due to a four year term commitment with additional travel time for the Commonwealth Campus Senators, the Senate is viewed as less likely to attract faculty members that are highly engaged in research.
• How could the Senate be modified so more faculty will aspire to become actively engaged Senators? For example, by being active on committees, by attending and staying for the full Senate meetings, and by communicating more effectively with unit's constituencies.
• Should the Senate reconsider the Senate term? For example, the Senate term be decreased from four years to three years.

Transparency. There is a sense that decision making processes by the Officers and sometimes by the committees are not collaborative and transparent.


Senate Meetings. The Senate meetings are open ended with a tremendous amount of time expended in generating conversation that might have been better developed prior to meetings.