As the Board of Trustees of the Penn State University is wrestling with issues of its organization.  This self study responds in part to the scandals of 2011 and the subsequent recommendations of the Freeh Group, the dictates of the NCAA sanctions consent decree. Others have participated in the discussion, including the Pennsylvania Auditor General and the University Faculty Senate.  The Auditor General has already delivered his report urging structural changes to the board of Trustees. The University Faculty Senate will deliver its recommendations soon. I will do the same in the coming days. 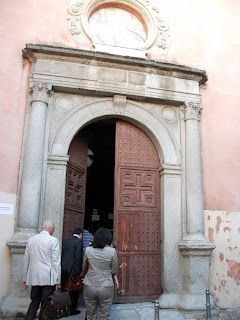 But the review of the organization and operation of the Penn State University Board of Trustees is also producing some very interesting and useful academic studies. One is worth noting:  My colleague Salar Ghahramani, Assistant Professor of Business Law and International Law & Policy, Penn State University, has just posted a paper titled "Fiduciary Duty and the Ex Officio Conundrum in Corporate Governance: The Troublesome Murkiness of the Gubernatorial Trustee's Obligations Toward a University." The paper examines the role of nonprofit corporate directors in general and analyzes the governor's role as an ex officio trustee of Penn State in particular. The paper is worth a careful read and some discussion, not just among academics but within the Senate and the Board of Trustees.Ghahramani concludes that "the constant tensions that the current paradigm condones (those between public governance objectives and private corporate governance principles as defined by centuries of fiduciary law), cannot be sustained."


Fiduciary Duty and the Ex Officio Conundrum in Corporate Governance: The Troublesome Murkiness of the Gubernatorial Trustee's Obligations toward a University


Should governors serve on the boards of incorporated universities as ex officio members? This paper examines the question by considering the experience of the Pennsylvania State University, which, in 2011, became the subject of a nationwide scandal triggered by allegations against a retired former assistant football coach, Jerry Sandusky. The grand jury investigation against Mr. Sandusky was initiated in 2009, under the leadership of the then-attorney general, Thomas Corbett. Accordingly, when Mr. Corbett became Pennsylvania’s governor in 2011 and hence a voting ex officio member of Penn State’s Board of Trustees, he had knowledge of potentially damaging information about the university that no other board member presumably had. Yet, despite his fiduciary responsibilities toward the university, he could not disclose the injurious information or urge his fellow trustees to take specific action to protect the institution because grand jury laws prohibited him from disclosing anything related to the ongoing criminal investigation in which he had been instrumental. Unrelated to the scandal, Governor Corbett’s 2011 annual budget proposal to the Pennsylvania legislature had recommended severe funding cuts to four state-aided universities, including Penn State. At all four corporations, the governor is an ex officio member of the boards of trustees. Yet, despite his fiduciary obligations toward these institutions as their director, the governor initiated significant budget cuts that could adversely affect the organizations’ viability and their missions. With this background, the article analyzes the implications of governors serving on the boards of state-aided corporations and focuses on the fiduciary responsibilities of nonprofit directors under corporate law. The article concludes that the current statutory framework needs reconsideration. The paper asserts that while there is no question that the state’s public interests should trump an institution’s “private” interests, it is the state that has chartered the corporation for the promotion of a public good (education) and has endowed it with the governor as one of its directors to guard the institution’s best interests. Accordingly, if the ex officio director is in a position where he may not be able to serve the corporation’s interests, the law must mandate that the fiduciary steps aside from the board, as the constant tensions that the current paradigm condones (those between public governance objectives and private corporate governance principles as defined by centuries of fiduciary law), cannot be sustained.