In a previous post, Senate Forensic on Senate Institutional Reorganization  (Jan. 8, 2013), I discussed work on an exciting (though for some a disconcerting and status quo threatening) project--taking a hard look at the Senate, its organization and effectiveness at Penn State.  I have also posted some comments: Responding to the Senate Self Study Forensic--The Senate Can Work Better. 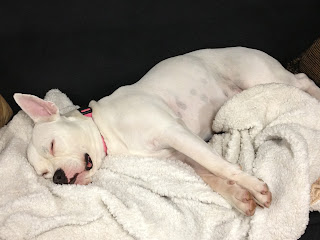 The Forensic Report, was the subject of discussion at the Penn State University Faculty Senate meeting of January 29, 2013, provided a number of questions--challenges really--that focus on areas of what some might conclude to be severe  under performance of our organization. I will report on this in a subsequent post.

This post presents my written remarks on the work of the Self Study Committee and views of the structural issues underlying its work.

Today, we as a body, will continue to engage on one of our most important tasks this year—our self study. Over the past several months I have been watching the Self Study Committee work, chaired by our Parliamentarian Mohamad Ansari and aided by a group of dedicated members drawn from our Senate, the Administration and our faculty at large. I could not be more pleased. At its core, the committee is tasked with the project of bringing a measure of institutional coherence to the structure of our Senate.  That is, we must try to suggest to you how the structures of the Senate might be better aligned with its principal functions. Everything ought to be on the table.

The Penn State faculty handbook[1] tells us that the Senate has three main functions (page 8): First, it serves as the sole legislative body representing the University faculty as a whole; Second, it acts as an advisory and consultative body to the President, both through its corporate whole and any of its constituent parts, on any matter that may affect the attainment of the educational objectives of the University; and third, it serves as a forum for the exchange of ideas among the members of the University faculty. It also is meant to provide an opportunity for any senator to discuss any matter thought to be of concern to the University.

This is formally correct but the functional reality of the role of the Senate within the emerging realities of university administration increasingly diverges from our formal role in ways that implicate not merely our purpose but also the utility of out organizational structures to meet the emerging functional realities of our role. Let me give you a few examples. The work of the core council over the last several years and the current operations of the new budget committees evidence a significant shift in the relationship of finance to academics. What once was a more or less straightforward relation has become clouded. It is no longer clear whether academics drives budget or whether budget drives academic decision-making. To the extent that academic decisions become bound up in the financial side of the house, the Senate’s authority over courses and programs becomes an empty authority. Yet the Senate, as a body, has little direct involvement in the now substantively important area of budget and finance.

The advisory and consultative power remains vibrant. Here the Senate might participate in vibrant discussions of policy and an engaged participant in governance. That our President might reject or modify the advice the Senate proffers is less important than that he or she will take that advice seriously. But too emerging trends weaken the effectiveness of our advisory and consultative power in the long run. First, an increasing amount of policy work is being diverted to a series of joint committees, task forces and the like, that have the effect of decreasing the role of the Senate as a primary place for the generation of engaged consultation. Another consequences is that where there is consultation it tends to come after the fact, with very little room for any sort of significant engagement. Lastly, the misalignment between administrative responsibility centers (and the sources of policy) and the structures of the Senate through its standing committees sometimes makes effective communication more difficult. Administrators rightly resist the tendency, ever more evident, to direct consultation to multiple committees, to split consultation among committees or to reconstitute committees into hybrid form top respond to request. As a consequence, communication and governance efficiency requires a realignment of the Senate's committee structures to mirror those of the administration whose work is increasingly the subject of the Senate's business.

The forensic function has also become constrained. Limited to an inward looking set of self absorbed conversations, it has traditionally been mocked, privately of course, as a mere distraction from the more important task of implementing policy received, or feared for its potential to embarrass. In a sense, the essence of the Senate, for some of us, is to serve as an institutional department head, undertaking those ministerial functions that help make the university work, but asserting a much more limited positive role in governance. Passivity, receptivity and a small space for internally ineffective “acting out”—an administratively safe space for a faculty incapable of empathizing and therefore of contributing to the governance of the institution except on occasion and when appropriately managed by those who know better.

But even as the functional role of the Senate has been changing with respect to its legislative, advisory and consultative and forensic authority, new functions are emerging that are more in line with the evolution of the relationship between academics and finance, between the administration and the faculty, and between the faculty and the board of trustees. The most important of these is the role of the Senate as an autonomous critical monitor, to be aware of and to assess the state of a system in which faculty now participate functionally in a more passive and post facto way int he development of policy and governance at the university but in which the faculty retains a strong role.  That role is now functionally clear--to review, assess predict and judge the work of the administration, and to use that monitoring and assessment power to aid administration at all levels in the efficiency and coherence of their work. More importantly, the monitoring role serves the board of trustees as well.  Monitoring and reporting provides the board with an independent source of information and assessment that is critical to the role of the broad to hold administrators accountable.

The Senate then can serve as an autonomous center for accountability with respect to those matters traditionally reserved to shared governance.  This includes one that engages in routine and systematic data collection relating to performance, providing feedback and episodic and objective assessment. The monitoring function is designed to enhance accountability in those organizations where decision-making becomes harder to effectively share. Monitoring by internal and external stakeholders has become more common in business. I put it to you today that the future of the Senate as an effective voice in shared governance, one that is intimately intertwined with the new realities of the operations of both administration and board of trustees, lies in its autonomous monitoring function and that the best means of operationalizing this role is through a stronger and more effective approach to informational reports.

But that change requires a substantial amount of work in two areas.  The first requires a change in the approach to the form of informational reports. The second requires a change in the way information is held and made available to members of the faculty in general and Senators in particular. Informational reports must begin to talk on the character of critical reviews of administrative actions, policies and programs.  These can be of two kinds--the first are analysis statements.  These include critical analysis of the justifications and regulatory implementation of such policies of interest to or with effects on faculty. These are qualitative reports that engage the university on its planning, poliocies and formal work. The second kind of reports are assessment reports--these would critically assess the performance of administration in the operation of policy. These are quantitative reports focusing on performance. These can take a variety of forms.  These include reviews of the relationship between the formal objectives of action and the actual effects, the effectiveness of policy, beneficial or detrimental effects of policy implementation of faculty or other stakeholders and the like.

The Senate has a great opportunity now to look at itself without illusion, and to look the changing environment in which it operates without either nostalgia or regret. It must accept the reality that the forms of shared governance of a generation ago are unsuited to this age precisely because the nature of university administration has changed radically.  Faculty no longer participate in governance as this was understood a century or even a generation ago.  It must adjust its operations to meet this reality that preserves the functional objectives of shared governance--a robust role in the making and implementation of core policies affecting faculty and education--by modifying its formal structures to fit the facts.