Official Minutes of the Senate Council Meeting of January 15 2013

The University Faculty Senate Council met on January 15, 2013.  The official minutes are produced below. 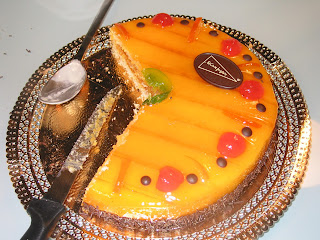 
A couple of points are worth emphasizing, principally because they are well buried in the official minutes.  The first touches on my remarks about the role of the Senate Council.  For some time now I have become increasingly concerned about the legitimacy of a Senate structure in which much of the basic decisions  at the highest level are taken without review by a small group of up to five people (Chair, Chair Elect, Immediate Past Chair (sometimes) and the Executive Director), one of whom is neither elected nor accountable directly to the representative body of the Senate.  The process is neither as transparent as it could be nor is it an inclusive as it ought to be.  It furthers the isolation of the leadership group and produces the remoteness and disconnection that was, in large part, an object of severe criticism in the Freeh Group report when considering a similar tendency among senior administrators before November 2011. One way to reduce the potential for and the appearance of an anti-democratic  process is to more intensely involve the Senate Council in the sort of work now routinely undertaken by the smaller group.  It ought to function more like the Penn State President's Council than as a body that is either viewed as an impediment to action or as something that must be managed to a coerced conformity to realities dictated from--views held in the past. I have done what I can to engage the Senate Council more often and more deeply, but I think structural reform is also necessary. It is my hope that the Senate Self Study Committee will take this opinion seriously and seek to restructure our organization to hard wire a more engaged and involved Senate Council.

The second touches on the report expected form the Senate Board of Trustees Committee headed by John Nichols. The work of that Committee in the view of our Board of Trustees has morphed from a tangential consideration of the relationship between the Senate and the Board of Trustees to something like a Senate report and recommendations on Board restructuring.  The confidence of our Board on this Committee is gratefully acknowledged and appreciated.  We hope the Report is taken seriously.  But we also expect that the Report will constitute only one part of what may be a more comprehensive Senate report to the Board of Trustees.  It is possible that once circulated, the Senate may wish to add commentary or recommendations; it is likely that I will in my capacity as Chair. My focus will be on the form of board monitoring of university activities and the autonomous role of the Senate in the fulfillment of that duty.  It is to be hoped that the Board considers all of these as it moves forward.

The minutes of the November 13, 2012, meeting were approved.

--The Faculty Advisory Committee met with Interim Provost Pangborn on January 15 and discussed the following items: spring registrations; admissions cycle; progress on Freeh implementation and athletic integrity agreement; Task Force on Diversity; General Education; University Governance issues and Board update; Commonwealth budget hearings; leadership transition in Senate office; faculty participation in CIC expansion decision making; rethinking the office of the executive director; conflict of interest and conflict of commitment rules and basic policy and premises for rule; what is being done to assist the campuses with recruitment and retention; academic schedule.
--The Senate officers will visit the following University Park units this spring: Health and Human Development on January 24; DUS and Science on January 31; Liberal Arts on February 5; Communications on February 14; and Nursing on February 18.
--Representatives from the Diversity Awareness Task Force will make brief comments at the January 29 Senate meeting.
--Commented on need for Senate Council to have an expanded role in Senate governance.


Interim Executive Vice President and Provost Rob Pangborn provided an update on the status of admissions applications noting that while improvements are being seen, the overall numbers for in-state and out-of-state applications are down. He noted this is the same scenario for institutions throughout the mid-Atlantic region. On a positive note, he said that international applications are up 11 percent. He went on to comment that University Park offers are up by two percent and paid accepts are up by 3.5 percent at UP and the yield rate is three percent ahead of last year. Also, he added that campus paid accepts are down 24 percent, yet the yield rate for the campuses is 15 percent higher than the UP yield. In follow-up to his comments on recruitment strategies at the November Senate Council meeting, he said that 8,000 students at the campuses and 6,000 students at UP were awarded scholarships.

Revisions to the Penn State Berks constitution. Pam Hufnagel provided a summary of the constitution. Senate Council approved the recommendations. The Berks chancellor will be notified.

CC&R Chair Cynthia Robinson and Vice Chair Mary Beth Clark presented the recent discussions at CC&R about reversing Senate meetings to have the plenary session in the morning and committee meetings in the afternoon. Commonwealth Caucus co-chair Egolf expressed concern about the potential of losing the ability of campus senators to discuss the work of their committees by “flipping” plenary and committee meetings. Others expressed concern that some senators would leave following the morning plenary meeting and not attend their afternoon committee meetings. Several councilors wanted to set a limit on the number of informational reports, while others wanted to have strictly enforced time limits on presentations and eliminate many of the PowerPoint presentations.

The discussion turned to the need to impose a fixed time limit on Senate meetings, e.g., no longer than two hours. Others wanted to survey senators as to why they left meetings early. Following is an excerpt of a survey conducted by College of Medicine councilor Stephen Ross of 33 Medicine Senators. Seventeen senators responded for a 52 percent response rate. The survey in its entirety will be discussed at the January 29 Senate Committee on Committees and Rules.

Councilor Szczygiel encouraged her counterparts to discuss these issues in their Senate caucuses. Backer asked councilors to direct their comments and feedback on this discussion to CC&R chair Cynthia Robinson ckr11@psu.edu. Other Council members urged that a vote be taken by the full Senate on any significant changes in the Senate meeting schedule.

Several councilors expressed their appreciation for the thoroughness of the work of the committee and the appearance that the committee’s work is grounded in academic governance scholarship.

REPORT OF THE GRADUATE COUNCIL

Minutes from the November 21 and December 12, 2012, Graduate Council meetings are posted on the Graduate School website at http://gradsch.psu.edu/council/. Professor Eckhardt commented that the Graduate Council is discussing the IUG structure and the utilization of 800- level courses within the IUG framework.

Senate Self-Study—A Review of Structure, Communication, and Organization of the University Faculty Senate. This report was placed on the Agenda on an Egolf/ Kulikowich motion. Ansari presented some brief modifications to the report following his meeting with several student senators earlier in the day. A request was made to number the recommendations consecutively to facilitate discussion at the Senate meeting. Thirty minutes was allocated for discussion. A discussion forum will be created in ANGEL for senators to post comments on this report following the Senate meeting.

Admissions, Records, Scheduling, and Student Aid—Annual Report on the Reserved Spaces Program. This report was placed on the Agenda on a Babb/Egolf motion.

Admissions, Records, Scheduling, and Student Aid—ISIS Replacement Project. This report was placed on the Agenda on a Szczygiel/Turner motion. Five minutes for presentation and ten minutes for discussion were allotted.

Elections Commission—University Faculty Census Report for 2013-14. This report was placed on the Agenda on a Ruiz/Eckhardt motion.

Research and Libraries, Information Systems, and Technology—Scholarsphere. This report was placed on the Agenda on a Shannon/Irwin motion.

Research—PIVOT: An Online Resource for Researchers. This report was placed on the Agenda on a Hayford/Ruiz motion.

Senate Council—Report on Fall 2012 Campus Visits. This report was placed on the Agenda on an Eckhardt/Babb motion. Turner asked Hufnagel to reference the World Campus section of the campus visit report during the World Campus informational report.

The Agenda was approved on a Ruiz/Turner motion.

Backer and Hufnagel mentioned they had received a request from a Daily Collegian reporter about attending the Senate Council meeting. Youtz commented that Senate Council meetings have historically been closed to the media and that University General Counsel has affirmed this practice. A councilor commented that some administrator comments could be sensitive and/or confidential. Another councilor noted that reports are not yet finalized and as such, should not be made available to the media.

Chair Backer thanked Council members for their attendance and participation. The meeting was adjourned at 3:30 p.m.