In a previous post, Senate Forensic on Senate Institutional Reorganization  (Jan. 8, 2013), I discussed work on an exciting (though for some a disconcerting and status quo threatening) project--taking a hard look at the Senate, its organization and effectiveness at Penn State.  The Forensic Report, to be the subject of discussion at the Penn State University Faculty Senate meeting of January 29, 2013, provided a number of questions--challenges really--that focus on areas of what some might conclude to be severe  under performance of our organization. 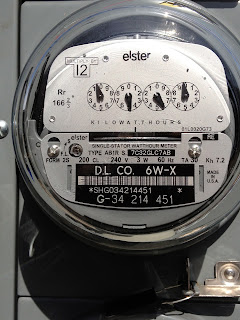 
One response merits serious consideration.  It highlights those deficiencies that in the eyes of people outside the Senate "inner circle" may help account for the sense of a remote Senate.  These include a failure to engage faculty meaningfully in the process of developing reports, sloppy compilation that effectively makes it impossible to use Senate resources easily (this is an old and unresolved complaint), and the failures of the Senate to use technology to engage faculty.   It is included below without identifying information. Please keep the responses coming!

*What changes would make the Senate a more effective representative body of the faculty? In my observation, most information about Senate activities is received in the form of a report, presented after Senate has already had discussion and votes. I understand this may be due to the fact that Senators want to report what has been "done," rather than what is just being "talked about." However, if Senate wants to increase the participation of faculty, perhaps it should distribute online surveys or use some other mechanism for bringing topics to the faculty, and asking/collecting their viewpoints before Senate has its discussion.

*Should the Senate consider alternatives to the reports that it now produces? In my observation, Senate reports vary considerably in their depth, formatting, etc. It is not always clear to me who wrote the report, who commissioned the report, why it was necessary, the questions it was intended to answer, who was consulted, what data was used, when the data collection took place, when the report was written, what the report's recommendations are, (most importantly) what Senate is going to do with it, and whether the topic is now "done," or whether the authors want more information from faculty. Perhaps Senate could develop a checklist of items to be included in reports. It would also be helpful to have a Senate web site which lists recent reports (perhaps in date order), and another web site that provides the text of any motions that were voted upon (especially ones that were passed (also in date order). Such sites should be linked from the Senate's home page. This would enable people like me to see what the Senate has accomplished or is working on, rather than try to find it buried within reports. I am thinking of something like the U.S. House of Representative's Roll Call votes (http://clerk.house.gov/evs/2013/index.asp) and reports (http://thomas.loc.gov/cgi-bin/cpquery/L?cp112:./list/cp112ch.lst:1), but more user-friendly.

*Should the Senate reconsider the Senate term? For example, the Senate term be decreased from four years to three years? Yes, absolutely -- and think about two years, rather than three. And it should rethink the open-ended time frame of its meetings. A four-year commitment and drawn-out meetings [can definitely discourage people from running for a Senate seat where travel or family obligations are an issue].

*How could the Senate use technology more effectively to reach out to the faculty across the University? Because the Senate seems to conduct most of its business through committees and in closed-door, face-to-face meetings, it's a non-presence for me in my daily work. Out of sight, out of mind. The Senate should definitely consider using more technology to conduct its business, or as an alternative means for people to have a voice. To give some examples: For matters that clearly impact all [unit faculty] (such as instruction, their rights as employees, etc.), [the local faculty organization] often uses SurveyMonkey, SelectSurvey, or some other online survey tool to collect feedback from all librarians at all locations. For soliciting comments on documents, [the local faculty organization] sometimes uses Google Drive, which allows anyone with a Google account to add comments and mark up the document. Since our members are spread across the state, we have also been broadcasting and recording our meetings through Media Site for several years. You may or may not get more or better feedback, but if nothing else it reminds your members that you are there and lets them know what you are doing.